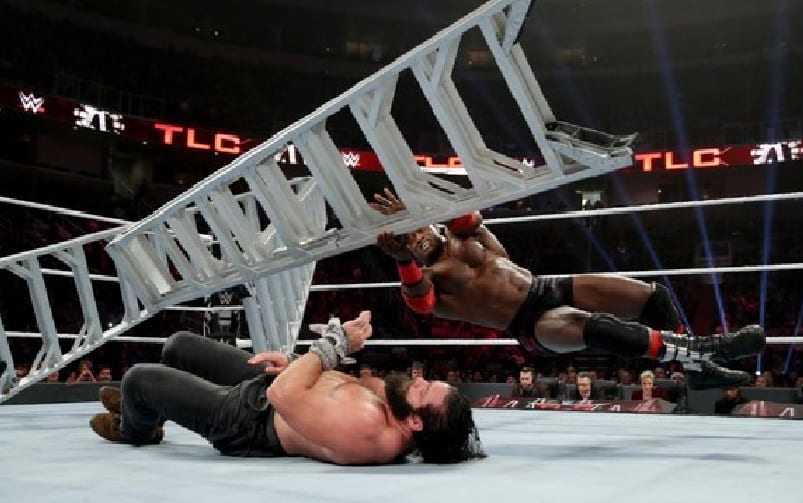 WWE TLC is in the past, but it’s still a very topical point of conversation. Bobby Lashley faced Elias at the event in a match that headlined the kickoff show instead of finding their way onto the main card. It was a ladder match with a guitar hanging above the ladder which sounds complicated, but WWE made the rules way easier before the show.

Mike Johnson noted on PW Insider Elite audio that the rules for this match were changed. The first idea was that the guitar would be in play when Lashley or The Drifter got to the guitar. WWE switched those rules around and made the ending just whenever someone got to the guitar then they won.

You never know why a decision like this was made. Johnson also noted that Elias vs Lashley was supposed to be on the main card, but it got bumped back to the kickoff show. Perhaps this is when WWE decided to change up the finish because busting a guitar over someone’s head on the kickoff show might set the bar too high for the rest of the night.