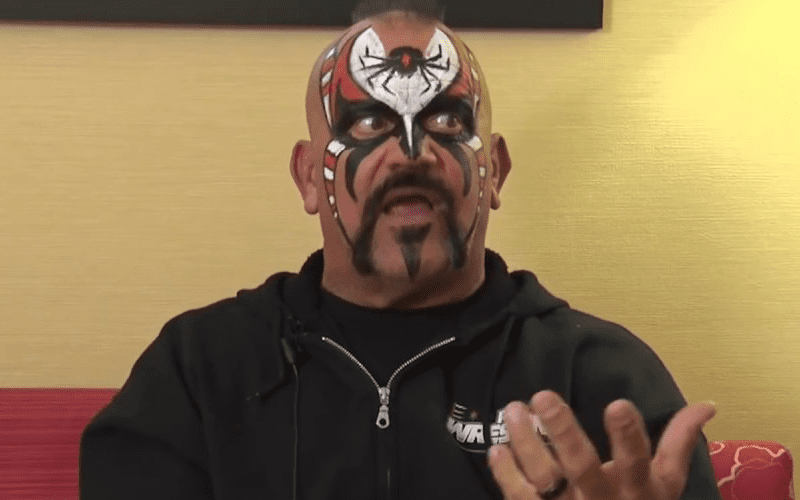 Wrestling legend Road Warrior Animal sat down for a shoot interview with Title Match Wrestling, where he revealed why he and Road Warrior Hawk left WCW, and what his interactions with Eric Bischoff have been over the years, given that Bishoff led WCW.

Animal explained that, while he can’t remember the details perfectly, he remembers that an agreement could not be reached, and with he and Hawk as established talent already, the way they took to WCW was different than many other wrestlers did.

“We were hoping… You know, back then it was such a whirlwind for those guys, ’cause everybody was riding high on a hog and I hate to say it, man, but that office was doing a lot of partying. There was a lot of schmoozing going on outside the ring and everybody knew what they were doing and stuff like that and I think, you know because Eric and I talk about that. Some of the conversations- we don’t…

“He called me the other day asking me about a certain situation… Why Hawk and I never stayed with WCW, and I said quite honestly, ‘I can’t even remember.’ Just like two days ago. Then I said ‘it just was not good timing, we tried but we couldn’t reach an agreement and that was that.’ It was nothing personal against Eric. I like Eric, to be honest with you. I get along with Eric, and I am watching his son wrestle now and he’s doing a great job and stuff like that, but I think it was just one of those time periods and I think, you know, when you’re in that position as boss and you got other main eventers in your ear, guys that aren’t used to being main eventers in your area…and nobody wants to let go of that stronghold to be in the main event. Then, you know, you have Hawk and I come in and we’re already self-made main eventer[s] right away. So it was a little bit [of a] different story with us.

“I mean, even when we went over to Japan, we were considered New Japan talent. We weren’t considered WCW talent. We would dress with the Japanese boys in our locker room. We were the only Americans to do that.”

When asked if Bishoff was qualified to run things, Animal explained that Bischoff had a lot of help in his early days. However, Bishoff had what it takes to be successful in this business, as it requires you to be ruthless- something many people lack. As Animal puts it, it isn’t about being nice to everyone, because they would take advantage over you.

“You know, I know he was an announcer for the AWA. I never really knew a lot of [information about] Eric Bishoff except that he lived in Minnesota, he was an AWA announcer for a while, and I think he married a girl from Minnesota if I’m not mistaken. And that’s all I knew, I never- I knew about Eric Bischoff ’cause the Beverly Brothers told me about him, ’cause they were the Minnesota Wrecking Crew when they wrestled there, you know.

“I remember with the orange hard hats and the sledgehammer thing they had the one time. So that’s the only reason why I knew who Eric Bischoff was. I really didn’t even know.”

In response to a question asking what his dealings with Bischoff were, Animal explained that it would go well when it was Bischoff alone, but he heard that Hogan had a lot of say in what went down. He would also go into his 2012 RAW appearance for the thousandth episode, explaining why he wasn’t brought back full time for WWE after that.

“Uhhh… I think it was- If I could get Eric alone- ’cause he and I and Hawk- I think our dealings would’ve been a lot better. You know, I don’t know for sure. I don’t know for sure. I think, pretty much, Eric ran it but I think a lot of things went by Hogan. You know, and I don’t think- I know from past experiences there that whenever you have an entity that can come in and get an equally big pop as somebody else- like for instance, I went down to RAW for the 2012 show, the 1000th episode, and the reaction I got and Cena was the main event wrestling that night on the TV, there was no way they were gonna bring me back. They aren’t going to bring back somebody who has been off TV for ten years and gets a better pop than their World Champion who is coming down to the ring, they’re just not gonna do it. To them, it’s an embarrassment to the World Champ. Nothing against Cena- I’m not saying it because I’m the ‘greatest of all time.’ I’m saying it as a businessman looking back, I would’ve done the same thing. I’m gonna put me on TV if someone is getting a lot of cheers as World Champion.”

Did you ever watch WCW? Do you find wrestling as a whole more enjoyable now than back in the WCW days? Let us know your thoughts, opinions, and reactions in those comments below.