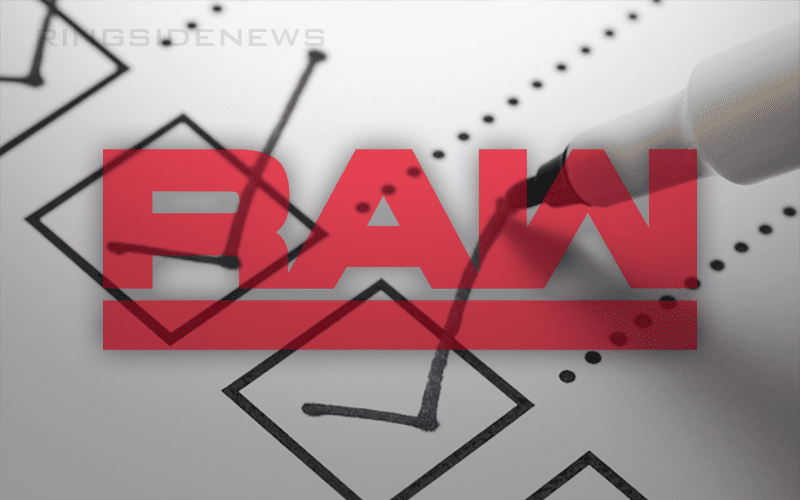 WWE has a lot of issues right now, but one former writer has some pretty great ideas about how to turn things around.

Brian Maxwell Mann, a former writer for WWE recently commented on a post showing Matt Riddle doing not much of anything on the Sunday of WWE TLC.

Mann then provided a six-point example of how WWE could turn things around. He referenced Riddle by saying: “next time people give you an excuse for raw’s ratings, remember there’s nothing stopping WWE from putting this man on tv.”

Then he had some other great ideas to share which he picked up over the course of his career in the entertainment industry.

“btw, there’s A LOT of ways WWE could change the way they produce programming to make a three hour show work. here’s a few.”

“1) treat Raw as three one hour shows, rather than one three hour program. figure out ways to make each unique so show doesn’t get stall.”

“2) assign specific writers to specific characters/programs. the most experienced ones are given the main event, next tier is IC, and so forth.”

“3) have a showrunner who provides finishing touches/keeps a bird’s eye view but DOES NOT write. like Lorne does on SNL.”

“4) rotate characters in and out, keeping the programming fresh/building anticipation. ex – Monday Night Football doesn’t have the same two teams every week.”

“6) finally, and most importantly, TRUST the writers. to a person, everyone who I’ve ever met who worked on creative LOVED wrestling. you have to do that job.”

“however, the main problem is exactly what I was told when I started there – “at the end of the day, this show has one writer.”

How would you fix RAW at this point? With Vince McMahon showing up tonight, you never know how big of an announcement he might make to shake things up. We will just have to wait and see, but some of those ideas Mann suggested might require Vince to loosen his grip on WWE’s creative direction which is obviously something he’s fighting very hard.