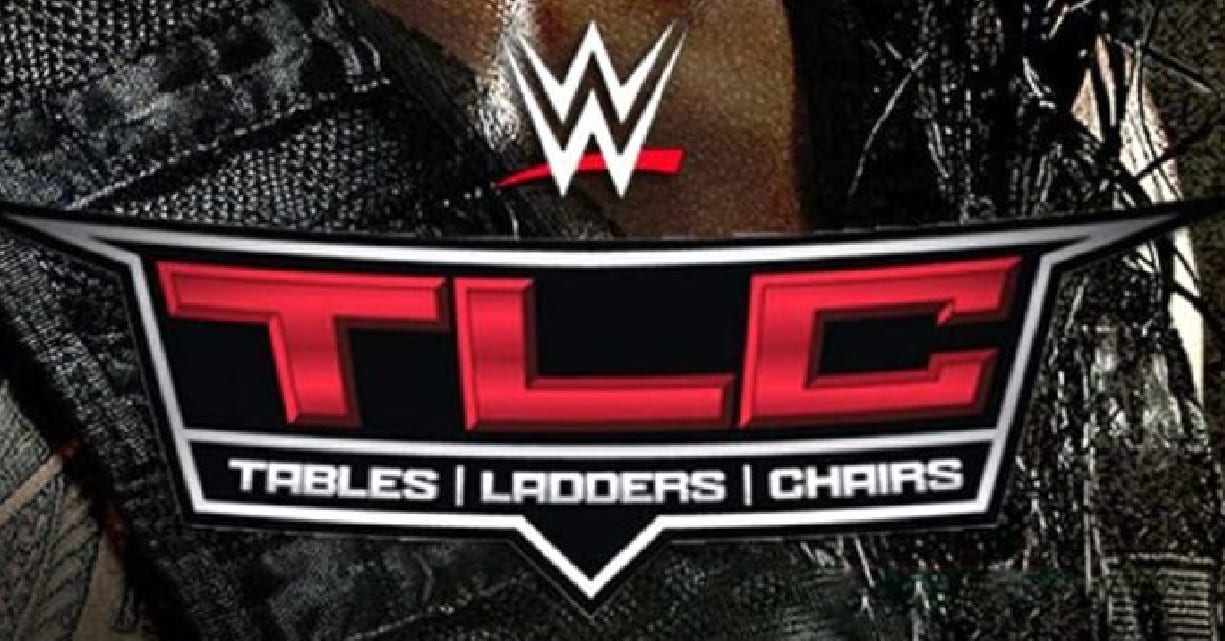 Tonight’s show features some huge match-up’s, one of which is the controversial Baron Corbin Vs. Braun Strowman. It’s still unclear if this match is actually going to happen, due to Strowman’s very recent arm surgery. If this match doesn’t actually happen, I’d expect Corbin to come out first and accept the forfeit, if not the match is liable to main event.

The real main event tonight, whether it airs last or not, is Daniel Bryan Vs. AJ Styles for the WWE Championship. Bryan’s surprise heel turn has been a revelation on SmackDown and you’d expect him to defeat Styles tonight and move on to a new feud. That said, the match is sure to be the best of the night.

Another high-profile match tonight is Becky Lynch Vs. Charlotte Flair Vs. Asuka for the SmackDown Women’s Championship in a TLC match. There’s a chance this match could main event, and I doubt anyone would be mad about that. This match could steal the show with three of the best workers in the company going hell for leather. If it main events it could be a precursor to WrestleMania!

TLC 2018 will also feature Nia Jax Vs. Ronda Rousey, Randy Orton Vs. Rey Mysterio, Seth Rollins Vs. Dean Ambrose, The Bar Vs. The New Day Vs. The Uso’s, Finn Balor Vs. Drew McIntyre, Bobby Lashley Vs. Elias, and more. The show starts at 6 PM with the Kick-Off Show, and you can find all the results right here!

Coach is hosting the kick-off show with Sam Roberts, David Otunga, and Booker T. The panel run-down the card for tonight’s show.

We see a video package for Seth Rollins and Dean Ambrose. Roberts says Ambrose chose the night that would hurt Rollins most of all to turn on him. Booker talks about how finding true friends in the wrestling business is hard to do. That said, Ambrose felt like the third wheel and he was treated as such by the fans. Booker says he’s getting mad even thinking about being treated like that.

Next up is AJ Styles Vs. Daniel Bryan. Booker says AJ Styles had an incredible year, and he was having great matches. Booker says Bryan wasn’t concerned with having a great match, he was cold and calculating and he won. Roberts says Booker reckons Ambrose turned because he was forgotten by the fans, but Bryan was never forgotten. Booker says that’s true but Bryan stopped playing up to them. Bryan needed them to win but since he turned a new leaf he doesn’t need their help.

Coach asks the panel if they think Braun Strowman will show up tonight. Otunga says he think Strowman will show up but in what condition he doesn’t know. Booker says Braun won’t be in good shape, and he could do long-term damage to himself by showing-up. Especially against a big guy like Baron Corbin. Roberts says he’s not a doctor or a wrestler, he just knows what he sees, but he thinks Corbin shouldn’t be so cocky. He says even if Braun does show up with one arm, he’s more dangerous than most.

We see Corbin, Heath Slater, and Jojo backstage. She reads a sheet of paper, announcing Corbin as the winner tonight. He says it’s good, but he wants her to do it with more gusto. Charly Caruso walks-up and asks for his opinion on the rumours that Braun will show-up tonight. Corbin says he doesn’t respond to rumours, but if Braun did show-up he would shatter his elbow again. He turns back to Jojo and Slater, and asks her to read the announcement again.

The two exchange some holds and nice reversals to start the match and gain a cheer from the fans. In fact, the fans even begin chanting “205”. Alexander ducks Murphy and hits a handstand headscissors that sends the Champion from the ring. Alexander hits the ropes but Murphy comes back in. They both run the ropes and dodge each other until Cedric lands a dropkick for a one count.

Alexander gets onto the apron, punches Murphy away, then looks to leap back inside with the flatliner but Murphy clocks him with a knee to the mouth. Alexander falls too the floor as we get a split-screen commercial for TLC. Murphy gets Alexander back into the ring and hits a meteora for a two count. Murphy holds Cedric by the arm and leg, and delivers elbows to his neck. Murphy applies a rear chin lock in the middle of the ring.

For @WWE #Cruiserweight Champion @WWE_Murphy and @CedricAlexander, it all comes down to WHO WANTS IT MORE on the #WWETLC Kickoff! pic.twitter.com/yrakf1mSOA

Alexander fights to his feet and punches Murphy into the corner. Murphy then kicks him in the face and grabs him for a suspended sleeper hold from the middle rope. Murphy jumps from the middle rope but Cedric connects with a superkick to the gut. Both men are down but Alexander his up first. Cedric runs and shoulder tackles Murphy in the corner, then hits an enziguiri from the apron, and finally the flatliner. Murphy rolls from the ring, but Alexander wastes no time in hitting the ropes and dropkicking Murphy through the ropes against the barricade. Cedric gets him back into the ring and hits a clothesline from the top rope.

Murphy lifts Cedric for Muprhy’s Law but it gets reverses. Murphy goes for a pin attempt holding the tights but Alexander kicks out. Murphy argues with the referee but Cedric grabs him and lands a Michinoku Driver for a two count. Murphy and Alexander exchange strikes, leading to a huge powerbomb from Murphy for another two count. Alexander rolls to the apron and Murphy meets him there. Alexander springs to life and hits a Rolling Death Valley Driver on the apron! He quickly gets the Champion back in the ring and hits the Lumbar Check but Murphy gets his foot on the rope!

Alexander needs to leave the ring to bring Murphy back in but it takes him a minute. The Champion then pushes Alexander into the turnbuckles face-first, before hitting Murphy’s Law for the win!

We’re back with the panel and they start to discuss Ronda Rousey Vs. Nia Jax. They say that this is Ronda’s biggest test yet but they say she has prevailed in all of her tests thus far. They think she stands a good chance of winning against Jax.

Kalya Braxton interviews Becky Lynch backstage, which you should watch below.

#SmackDown #WomensChampion @BeckyLynchWWE has a few receipts to hand out… and there’s no time like the present. #WWETLC pic.twitter.com/8MagmBsh7N

The panel discuss Becky’s momentum and overflowing confidence. Sam Roberts says if anyone needs to know why Becky is such a talking point right now, just watch that promo.

Elias is sitting in the ring, with the guitar suspended above him. He says a ladder symbolises climbing to stardom, but he’s already done that. So tonight he has to climb to get his guitar and then he’ll play a tune on Bobby Lashley that he won’t forget. Elias then starts to play a song but he’s interrupted by Bobby Lashley and Lio Rush. Standing on the stage, Rush says Elias is mistaken again, the fans came to see The Almighty Bobby Lashley. Rush instructs Lashley to do some posing before the match gets underway.

The bell rings and Lashley takes Elias down right away with a slam. He then leaves the ring and gets a ladder but Elias dropkicks him through the ropes. Elias then stomps the ladder against Lashley before sending it back into the ring. Elias sets-up the ladder in the middle of the ring and begins to climb but then Rush comes in and prevents him from climbing.

Elias climbs down and drags Rush back into the ring. He tries to throw Rush into the ladder but the kid slides underneath and out the other side. Bobby comes back in but Elias punches him before catching him with a leaping knee. Elias sets-up a ladder in the corner and tries to throw Lashley into it but gets reversed. Lashley then spears Elias against the ladder in the corner. Lashley hits a big suplex on Elias, before giving a ladder a dominator onto Elias.

Lashley then begins to climb the ladder but Elias throws the ladder into him. Elias then hits Lashley with the ladder several times before connecting with a clothesline. Lashley manages to catch Elias with a belly-to-belly suplex onto a propped ladder in the corner. Lashley then sets the ladder back up in the middle of the ring, while another ladder is between the ropes in the corner, holding Elias in place. Lashley starts to climb but then Elias comes back, grabs Bobby, and powerbombs him onto the propped ladder! Elias starts to climb the ladder but Lio Rush does so on the other side. Rush gets punched by Elias and falls to the floor. Elias then unhooks the guitar for the win!

Elias winds-up a shot with the guitar but Rush jumps on his back. Elias gets hit with a one-handed spinebuster by Lashley. Rush then goes to the top rope and lands a frog splash onto Elias. Lashley picks up the guitar and smashes it across Elias’ back.

We return to the pre-show panel for a quick rundown of the card again and that’s it for the kick-off show! 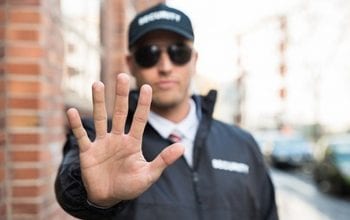