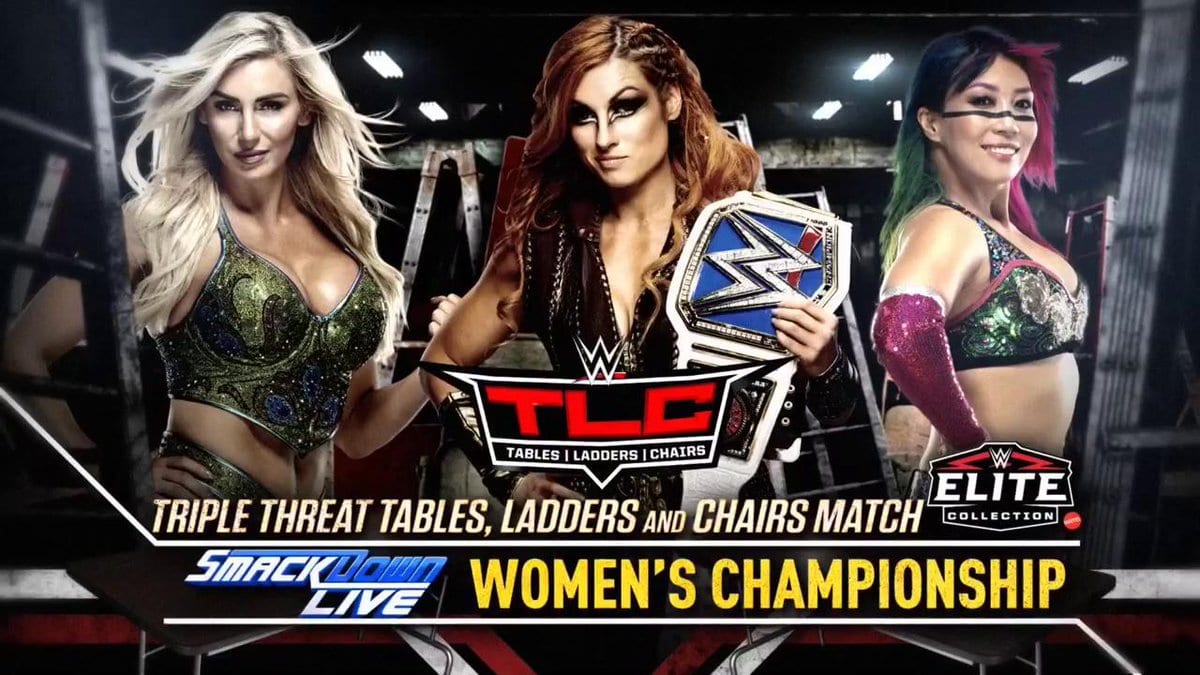 WWE TLC will feature plenty of dangerous spots that will leave the WWE Universe awestruck, but there could be some botches along the way as well.

Dave Meltzer discussed the upcoming WWE event on Wrestling Observer Radio where he said that the inexperience in one marquee match might leave a lot of openings for even more accidents in the ring.

“Also with Becky Lynch’s momentum and Asuka’s really over far more than her push. Charlotte is still, you know, she’s over too. I think the crowd is going to be way behind them. The key to this is they are all completely inexperienced in TLC matches… if it was a regular match [it would be different].”

“So I can see like some botched ladder spots or some botched things that could hold it back. It’s possible. I also think that the effort is going to be off the charts so that may help it on the other end.”

Hopefully, Lynch, Flair, and Asuka will be able to pull off a great match and nobody gets hurt in the process. Botched spots can sometimes halt a match or an entire career in its tracks. After all, this match is happening in a way because Nia Jax broke The Man’s face before Survivor Series and that wasn’t planned at all.

Becky and Charlotte got tables, ladders, and chairs involved in their WWE Evolution brawl, so they’re no strangers to the concept. Still, it might be a good idea to pay very close attention to the SmackDown Women’s Title match at WWE TLC and keep your fingers crossed as well.