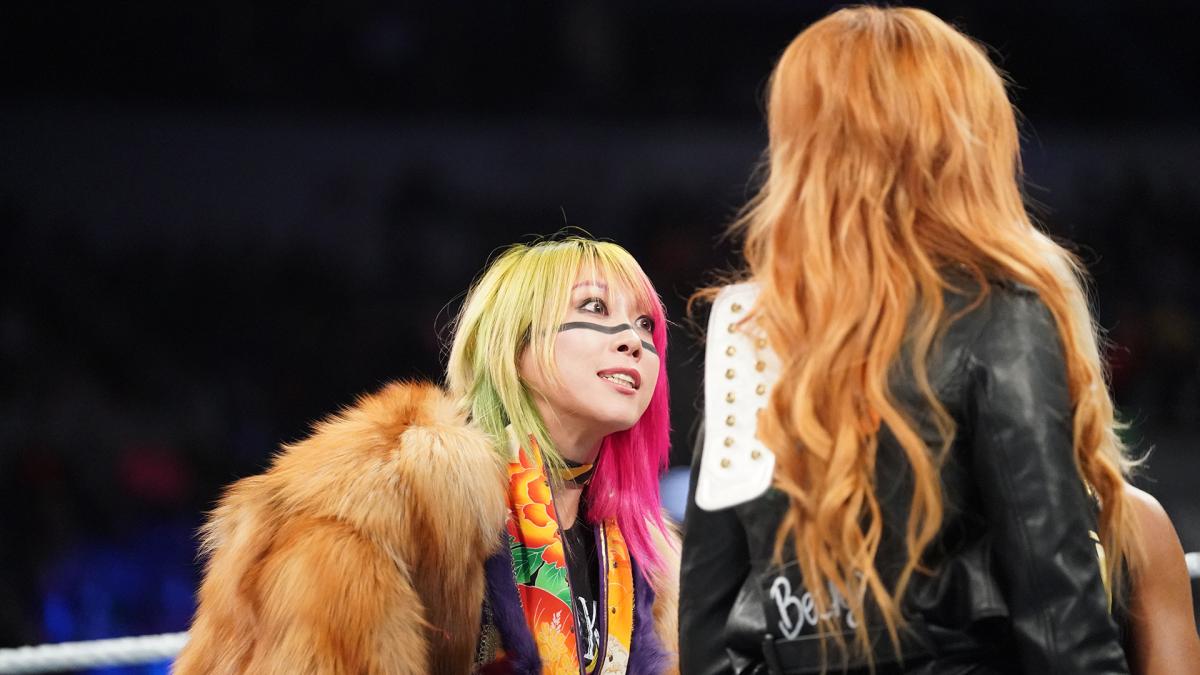 Becky Lynch is The Champ and she’s not too keen on the idea of someone taking her title. She is booked in a Tables, Ladders, and Chairs match at WWE TLC that could become a very violent affair. She’s not happy about having to defend her title against two women though.

While speaking to Uproxx, Lynch revealed that she sees the fact that Asuka is in her match as The Empress Of Tomorrow weaseling her way into the spot. The Man claims she owned Asuka for three months and Asuka finding herself in this marquee match doesn’t seem quite right to her.

“Of course! Another opportunity that she weaseled her way into! Why does she get another title shot? I owned her for, what, three months straight? And yet she’s handed another title opportunity. My goodness.”

“So here we go, so we’ve got the odds stacked against me again. Asuka is unbelievable. She is a killer. I’ve never had the opportunity to go against her. Charlotte, as much as I don’t like her, is an incredible athlete, an incredible competitor, and probably one of the best in the company, so this is a huge obstacle. And of course, we’re looking at the fact that I have to road test my face, a broken face… and I have to road test that against two of the best in the company. I would have loved for it to be a singles opportunity against Asuka, because again, she earned her way into that match, right? She won a battle royal, she earned her way in. Of course, Charlotte was just handed it.”

You never know how WWE might book WWE TLC. If Lynch is to go on to bigger things, she might need to drop her title first. She has a lot riding on WWE TLC and beyond, so even if The Man isn’t The Champ when all is said and done, she’s definitely going to remain focused.