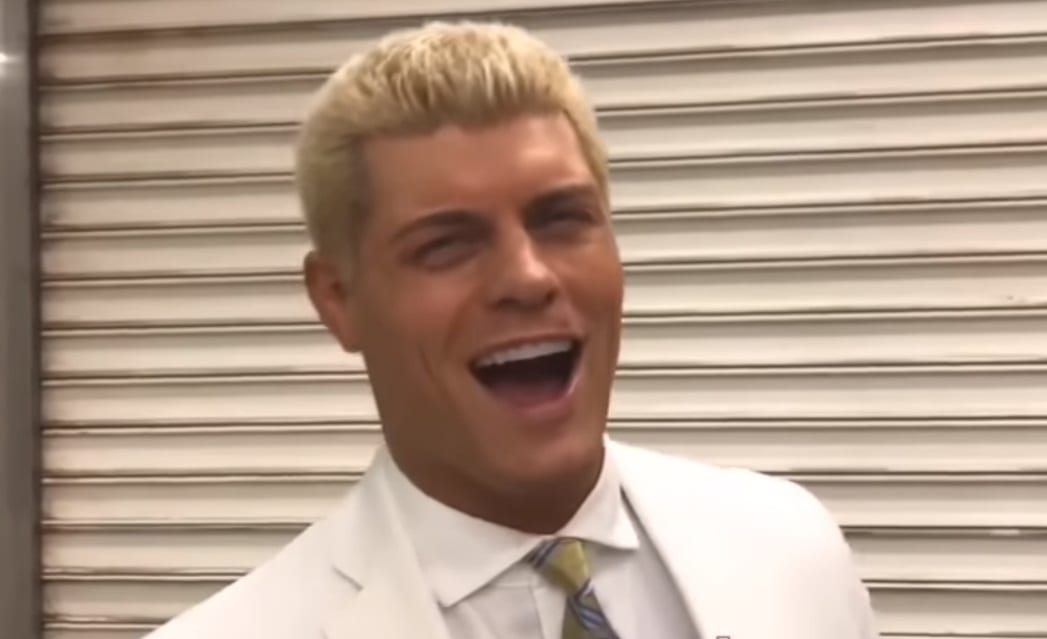 New Japan Pro Wrestling and Ring of Honor are coming together in April 2019 to hold the first-ever G1 Supercard show during WrestleMania weekend. Given how huge the star power Cody brings is, many expect him to be part of that card, but according to the man himself, he will not be.

During an interview with Sports Illustrated, Cody goes into detail about why the G1 Supercard show is an amazing accomplishment for both NJPW and ROH, but that doesn’t change the fact that everyone is in town for WWE- not for the other promotions.

While Cody doesn’t entirely rule out an appearance, he doesn’t think he’d take any small offer to be part of the show. Not only does the Madison Square Garden have a lot of history for him, but knowing everything both companies do rides off WrestleMania makes it feel less compelling as he has experienced two regular Supercards with ROH and ten years doing it for WWE.

“It would take a lot for me to be part of the Garden show. I’ve had some special moments in the Garden. Survivor Series was a highlight of my career, my first Rumble, moonsaulting off the cage onto Cesaro.

“I have a massive amount of respect for Joe Koff and [GM] Greg Gilleland. My exclusivity with Ring of Honor ended a while back and they’ve maintained everything on a handshake deal. I think Greg is a revolutionary in how he allows talent to play with without overproducing.

“But I can’t imagine me being on that particular show. After two ‘supercards’ and breaking my back essentially against Kenny last year, it still can’t change the fact that people are in town for WWE.”

Furthermore, Cody adds that he is leaving WrestleMania weekend to WWE- the very reason the weekend exists in the first place.

“ROH and NJPW sold that building out and that is massive and special and I love that they did it, but had they did it on another weekend, I’d be more likely to be featured on it. After 10 years with WWE doing ’Mania weekend and two more with ROH, I am leaving that weekend for the boys and girls of the WWE.”

Cody has reportedly been contacted by WWE for a return, though it is unlikely he goes back to his former employer. He and the rest of The Elite are likely working on their new All Elite Wrestling promotion.

Do you understand where Cody is coming from? Do you agree with him? Let us know your thoughts, opinions, and reactions in those comments below.