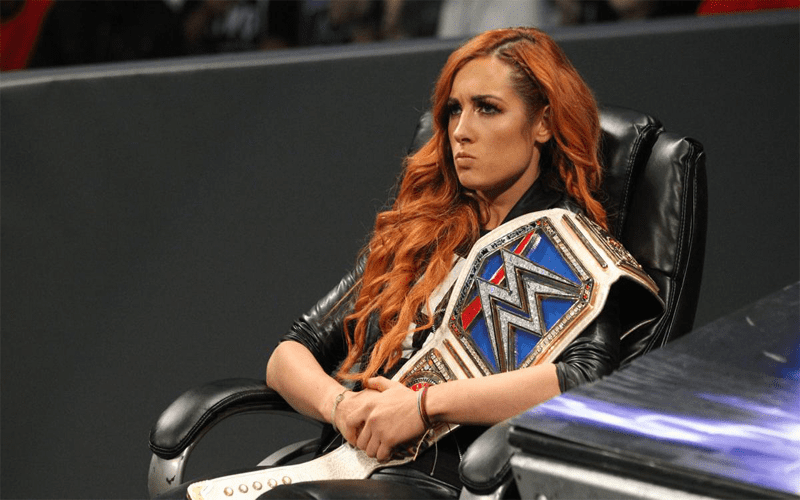 SmackDown Women’s Champion Becky Lynch is arguably the most over Superstar in all of WWE right now. Despite being a heel, Lynch has fan support that rivals practically everybody else in NXT, NXT UK, 205 Live, RAW or, of course, SmackDown Live.

Dave Meltzer reported in the Wrestling Observer Newsletter that Lynch is supposedly the subject of a new documentary by WWE. Cameras followed her for her recent appearance on Ariel Helwani’s MMA show, which you can find further information on here.

While we have no specific confirmation on what the documentary is about, it is likely a new WWE 24 to be focused on Lynch from SummerSlam onwards, going through the story between herself and Charlotte- while mentioning her rivalry with RAW Women’s Champion Ronda Rousey and the injury Lynch sustained at the hands of Nia Jax.

This documentary will likely capitalize on the support Lynch has right now, and go into further detail on the future of the Lynch character. If this is released before WrestleMania 35, the likelihood of the documentary adding further build to a possible Lynch vs. Rousey match is high.

Since we have no further confirmation on the specifics of the documentary itself right now, the alternatives are that this is a smaller WWE Chronicles documentary or potentially involve an entirely new name or concept.

Regardless, feel free to stay tuned to Ringside News for further updates on the Lynch documentary and the specifics that come along with it. Lynch is set to face Asuka and Charlotte at WWE TLC this weekend- as all three women participate in the first-ever women’s TLC match. They compete for Lynch’s SmackDown Women’s Championship.

Who is your prediction for TLC? Will you watch Lynch’s documentary? Let us know your thoughts, opinions, and reactions in those comments below.