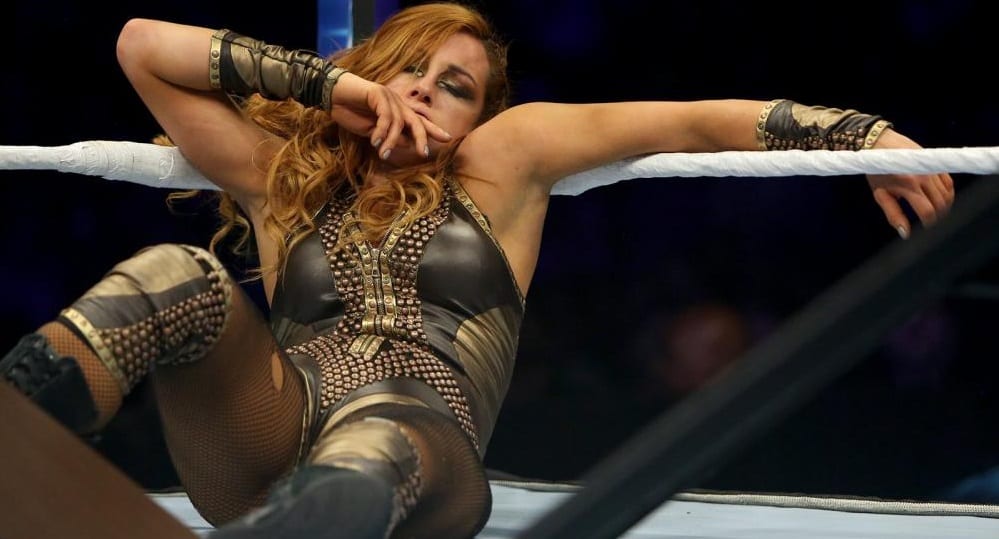 Becky Lynch and Charlotte Flair tore each other apart at WWE Evolution, the first-ever all-female WWE pay-per-view event. Their Last Woman Standing Match was a first of its kind in WWE as well and left many people incredibly entertained hailing it as the match of the night.

Lynch ended up winning and cementing herself as The Man. As acclaimed as the match was, Lynch revealed on E&C’s Pod Of Awesomeness that she actually had regrets about the match while it was still taking place.

“I think when I legdropped Charlotte through the announce table and we were both just crumbled up over there and they started going, ‘Holy sh*t’ and my one regret was, ‘Why didn’t I go higher on that ladder, why didn’t I get a higher ladder?'”

It seems like Lynch isn’t happy with herself no matter how brutal the spot is or how memorable a moment she is creating. It’s that drive in her to be the best that the fans have obviously paid attention to. You never know how far WWE will allow her to rise in the company, but she is at least owed a marquee WrestleMania match by pretty much anyone’s opinion that you ask.