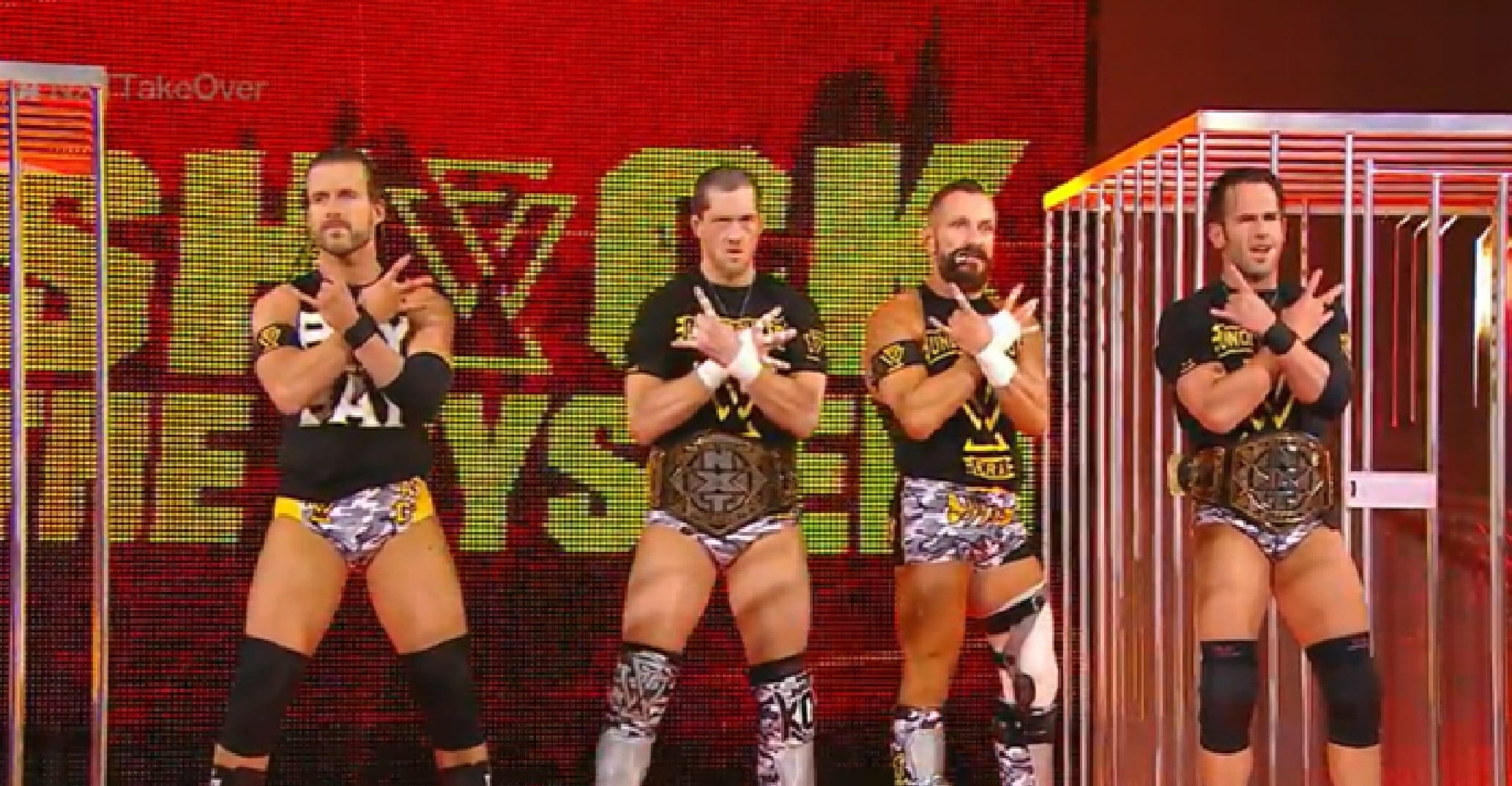 NXT general manager William Regal has revealed when The Undisputed Era will next defend their NXT Tag Team Championships.

Kyle O’Reilly and Roderick Strong, who are the two members that currently hold the belts, have been champions since June 21st when they recaptured the straps from Moustache Mountain. The duo, along with Bobby Fish and Adam Cole, have been tearing through NXT as a unit for well over a year now – with many calling them the best stable in all of WWE.

Their title reign will come under threat in two weeks, however, with William Regal confirming that they’ll defend the championships against Heavy Machinery.

The Undisputed ERA’s @KORcombat and @roderickstrong will defend the NXT Tag Team Titles against Heavy Machinery @TuckerKnightWWE and @WWEDozovic in TWO WEEKS!

Tucker Knight and Otis Dozovic will challenge for the titles in two weeks time on NXT television, in what will likely be the main event of that episode. The developmental brand certainly knows how to make regular episodes of NXT feel important, which makes sense, given that there’s often a long time to wait between Takeover specials.

Heavy Machinery aren’t considered to be the favourites to win the titles by any stretch of the imagination, but it’s certainly interesting to see that they’re being given an opportunity once again.

Many fans believe that NXT are building towards a point where all four members of the group hold onto at least one title, and if that’s true, then we should expect O’Reilly and Strong to continue to reign supreme for a long time to come. Then again, it’s not like NXT haven’t pulled a fast one on us in the past.