Jericho welcomes Dave Meltzer to the show to discuss the life and death of The Dynamite Kid.

Meltzer points out that Dynamite was a key figure in ushering in a new form of professional wrestling. When he was coming up in the wrestling business it was very tough to have success if you were shorter than 6’2” or under 200 lbs. He paved the way for guys the Rey Mysterio and even Jericho, who was smaller than most performers when he broke into the business in the mid 1990s.

Jericho points out that although Dynamite was smaller, he worked like a larger performer. This allowed him to believably compete with much larger men in the ring. Jericho thinks Dynamite was really the first performer to usher in that as well, and that was continued with guys like Chris Benoit, who was always taken seriously even when he was in the ring with much larger men like The Undertaker. 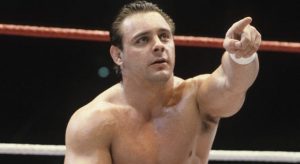 Meltzer doesn’t want to talk too bad about Dynamite, noting that there’s a good side to most people, but there are certainly a lot of infamous stories surrounding Dynamite. There are plenty of stories about his bullying and ribbing, but Meltzer notes that he was very loyal to his inner circle of friends.

Jericho points out that the entire Calgary territory was known for that style of behaviour back in the day. When Jericho arrived in Calgary to train at the Hart Family Dungeon he heard many stories about Dynamite. One even involved him playing a joke on a mentally or physically disabled person in a gym, resulting in the person flying into the wall and putting a hole in the wall.