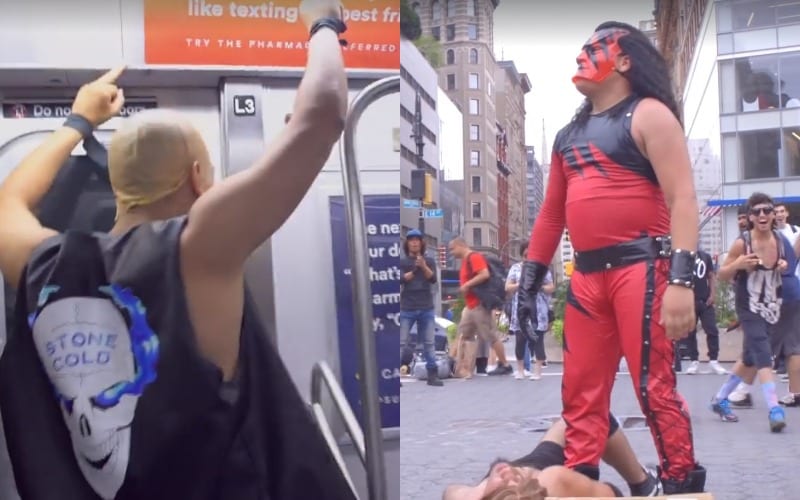 New York City can be a pretty unpredictable place and the Subway is always full of interesting characters, but one group of pro wrestling enthusiasts take it to another level.

Have you ever wanted to see amateur pro wrestlers cosplay as “Stone Cold” Steve Austin, Kane, and Triple H fighting in front of people who have no idea what was going on?

Now we present to you Subway Mania by Tim Hann Rivera. What starts out on a subway car quickly spills out into the streets giving people a sight they didn’t think they’d see. As the crowds gather, the battle becomes more intense and you really just have to see it for yourselves.

Rivera and his crew have also danced as pro wrestlers and thrown Subway Royal Rumbles in the past.

This is the kind of thing we love finding on the internet.

They deadass did a NYC Subway WRESTLEMANIA! 🤣This is too fire 🔥{Tag a WWE Fan 😂}