Ross thinks WWE’s main issue today is there’s too much entertainment and not enough sport. Sure, the 13 year olds might not feel that their intelligence is being insulted, but the 40 year old fans certainly feel that way from time to time. Regardless, WWE’s numbers are strong and they’re profitable. 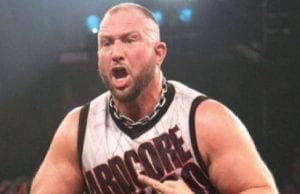 Bully Ray feels that Smackdown is a better show than RAW right now, adding that he’s more interested in the characters and the matches on Smakdown. He thinks Smackdown has a stronger tag team division and a stronger women’s division, with Charlotte and Becky doing some of the best work in the company. The difference between both brands is night and day right now, and even when Smackdown is so much better it’s still considered the “B” show for some reason.

Ross suspects McMahon’s attention may be focused more on the XFL moving forward, which could leave WWE in the hands of guys like Triple H and Road Dogg. Bully Ray says he’d be okay with that, noting that it’d be a win-win for both brands. McMahon would help the XFL get off the ground, and a fresh perspective on WWE would benefit RAW and Smackdown as well.