Ross is really excited to see Asuka get a main event opportunity at TLC in the Triple Threat Women’s Title match against Charlotte Flair and Becky Lynch. Ross notes that Charlotte is quickly becoming the Hulk Hogan of the current women’s division. In that case, he wonders if that means that Becky Lynch is the female Roddy Piper..

Ross comments on the news that Ric Flair is apparently cleared to take bumps by his doctor. Ross says this concerns him because he loves Flair, even though Flair didn’t say that he intended to take more bumps. As long as Flair is connected to WWE Ross can’t see WWE letting him take more bumps at this point in his career, especially since Flair was on his death bed just over a year ago. 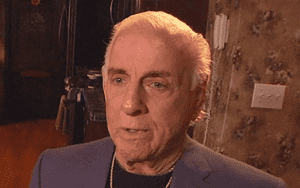 A listener writes into the show and asks Ross if he thinks Dolph Ziggler could be “The Man” if the timing was right. Ross thinks Ziggler has the look, athleticism and ability to be “The Man” but like everything in wrestling, timing is king. Whether Ziggler is the top guy in WWE or not he’s a very valuable part of their roster, and if Ross was starting a company he’d want Ziggler on his roster for sure.

Another listener writes into the show and asks Ross about the struggles of getting babyfaces over in the PG era. Ross doesn’t think the PG rating has a whole lot to do with WWE’s ability to build babyfaces; he thinks it has more to do with the star power of the performers.