Ross opens today’s show by pointing out that he enjoyed the “Bumblebee” trailer featuring John Cena, who has really taken to the world of Hollywood. Ross notes that he hasn’t seen anyone with the work ethic of Cena, and that hasn’t wavered over the years. Cena will be returning to Raw in early January and Ross points out that RAW needs a hero right now, someone that’s over. There are plenty of people on that roster that can get there eventually, but they aren’t there right now.

He notes that someone asked him recently who he’d choose to main event WrestleMania at this point. As of right now he’d choose the women; any combination of Charlotte, Becky Lynch and Ronda Rousey because they’re all over. Some fans might argue that Rollins is a great performer and Ross agrees with that. 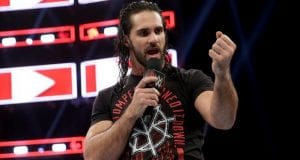 When the company makes an effort to put the machine behind Rollins in order to get him to the top of the mountain, Rollins is more than capable of taking the ball and running with it. Ross just doesn’t feel that WWE is looking at Rollins as the next “guy’, but with Reigns temporarily out Ross thinks they’d be smart to change that point of view.

Ross thinks the TLC main event match was the highlight of RAW this past week. He thinks there’s a lack of continuity on RAW from week to week, and that’s preventing the fans from making an emotional investment in these characters. We’re seeing performers flipping from babyface to heel on a weekly basis, and it’s hard for Ross to understand how someone can approve these shows one after another without noticing the storyline inconsistencies.