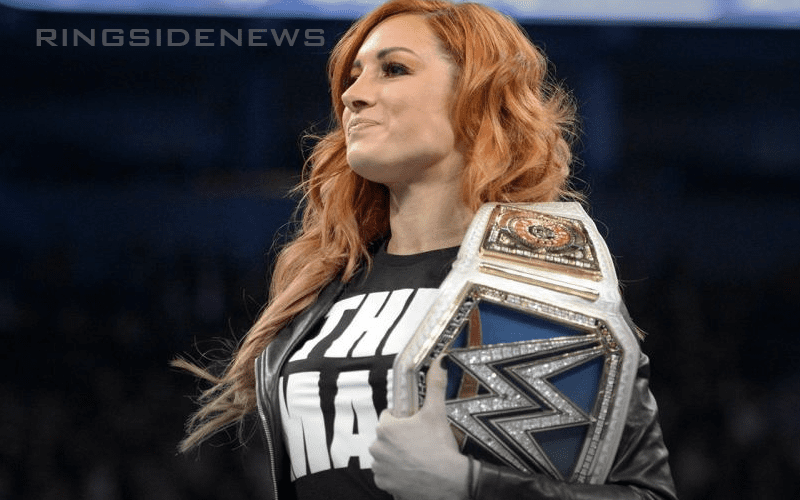 Becky Lynch is insanely popular in the WWE Universe, but she might not be as popular as we might have initially thought.

We’re not sure who told The Man this or not, but she recently informed fans that her Royal Rumble Axxess appearance sold out in two minutes. While it is sold out, apparently, tickets didn’t go as fast as initially stated.

The Wrestling Observer Newsletter notes that while the Lynch meet and greet did sell out, it actually took four minutes to sell all of the tickets. This is interesting, but it also shows that The Man is still incredibly over.

This isn’t a huge difference of two minutes. It is still kind of funny that WWE would possibly have someone fudge those figures to make it look like The Champ is two minutes more popular than she really is. Because there is no shame whatsoever to selling anything out in four minutes.