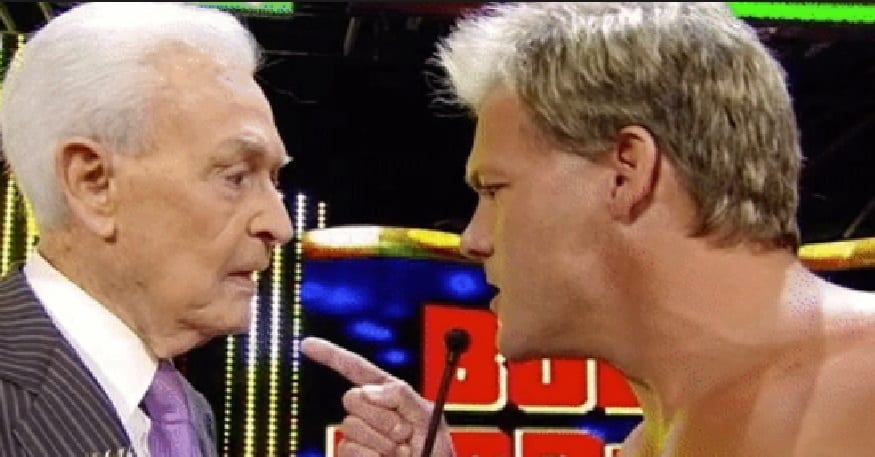 Chris Jericho has seen a lot go down during his time in WWE. At one point, RAW saw a line of celebrity guest hosts in an attempt to get the show some mainstream buzz.

Today is Bob Barker’s 95th birthday and all of us at Ringside News would like to wish the famous Price Is Right host a great one. He might be better known for his appearance in Happy Gilmore, but Chris Jericho also knows him as the best celebrity host RAW has ever seen.

Chris Jericho replied to @OldWrestlingPics who was wishing Barker a happy birthday while saying: “He gets my vote for the best celebrity guest host on Raw.”

“Agreed!!” Jericho tweeted back to give his vote for Barker as well.

RAW saw a lot of people come through the show as celebrity guest hosts, but according to Y2J and many more, nobody was able to hold a candle to Bob Barker. Who has your vote?