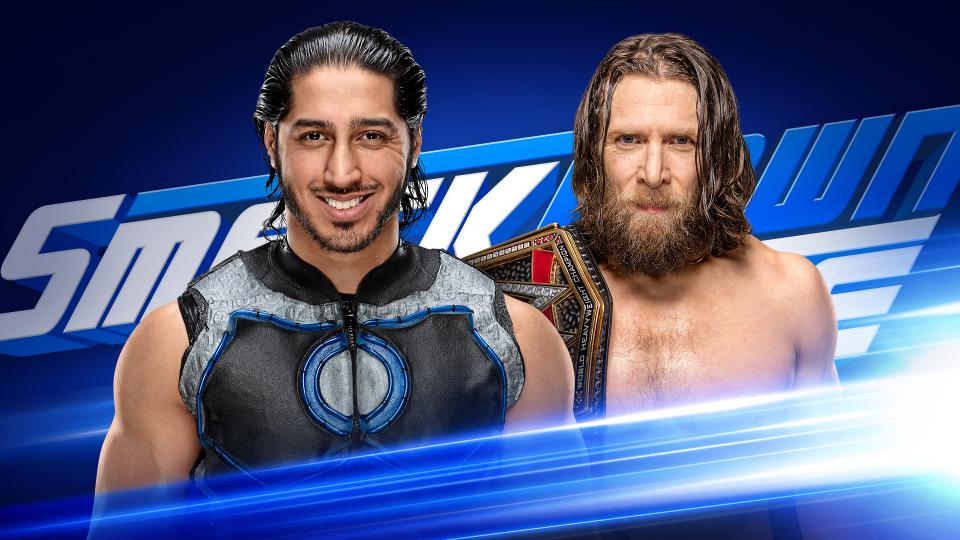 Thank you for joining Ringside News’ live results for WWE SmackDown Live on December 11th, 2018. This is a live results so keep updating throughout the night because we’ll continue to update as we go.

SmackDown Live is the go-home show for WWE TLC this week. Therefore, if WWE is going to put any finishing touches to the event this Sunday it’s going to have to happen tonight.

Charlotte Flair and Asuka are set to face off in a WrestleMania rematch. Those two will be joined by The Man at WWE TLC this Sunday in a Tables, Ladders, and Chairs match.

We are also getting a first-ever match that we didn’t expect at all. Daniel Bryan will face off against Mustafa Ali. This match could be amazing… hopefully it will be.

The Usos, The Bar, and The New Day will also take part in a rap battle. So that could be fun or at least it might make some waves as the last one did between Usos and New Day.

Mandy Rose is also set to face Naomi. Rose is very upset at The Glow for constantly calling her a bootleg Eva Marie. Jeff Hardy is set to answer to Samoa Joe’s rant about him recently as well.

It looks like a pretty loaded two-hour show so let’s get into it.

Daniel Bryan came out first and got a lot of boos before he even started talking. The New Daniel Bryan was in his ring gear ready to go. He apologized for calling the fans sheep… he would like to apologize to the sheep because they don’t deserve to be compared to the idiots and their mindless consumption. There is no such thing as a carbon hoofprint.

Then he called the crowd parasites and fickle while the crowd chanted, “Daniel sucks.”

Then Mustafa Ali came out. Daniel invited him into the ring and Ali got a pretty good pop for a 205 Live Superstar.

Daniel Bryan said the Las Vegas crowd doesn’t deserve to see him and Ali wrestle and Mustafa wondered what happened to Bryan.

Daniel asked Mustafa what kind of car he drives and Ali said that he drives an SUV because he has a family and it works for them. Bryan called him a small man and slapped Ali. Then Mustafa sent Daniel to the floor and hit a dive on the WWE Champion.

Bryan took control as the match came back from commercial. Bryan focused on Ali’s legs and he got a couple inventive and punishing submissions involved.

Ali ducked a Yes Kick and returned with some kicks of his own for a two count. Bryan went outside and Mustafa hit a baseball slide. Then Bryan sent Ali face-first into the ring post.

In the little picture-in-picture during the commercials, Mustafa took control in a big way even hitting a Spanish fly from the top rope. Then Daniel sent Ali to the floor off the top turnbuckle to take control and get him back in the ring for a Yes Lock.

Ali got to the ropes and broke up the Yes Lock and then Bryan put him in the tree of woe for some kicks and a baseball slide to the face.

Ali moved out of the way and avoided a running dropkick to the corner, but Bryan took control once again. Then Ali nailed a tornado DDT for a close two count.

Bryan targeted Ali’s knees again and wrapped them around the ring post before locking in a heel hook causing Ali to tap out.

After the match was over, Bryan locked on the heel hook on Ali once again on the entrance ramp and then he posed for the crowd and soaked up the heat.