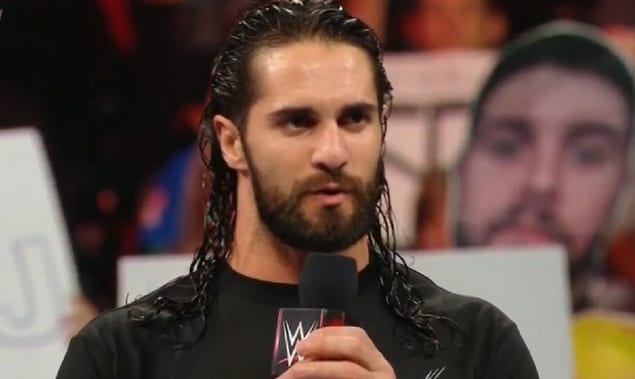 Seth Rollins came out on RAW this week and delivered a very strange promo. He talked about ratings in a way that they never do in WWE. Essentially, WWE was admitting that the show hasn’t been popular as Rollins hit pretty much every bullet point why RAW has been slacking.

Mike Johnson noted on PW Insider Elite audio that there could have been a few different ideas for this segment. Each of his theories is interesting in a different way.

It was said the purpose of this segment might have been a “wink, wink, nudge, nudge,” from Vince McMahon to the viewers where they admitted that they were aware RAW hasn’t been good recently and they’re turning it around. Then there are a couple other possibilities that aren’t so hopeful for fans.

“It could have been the company lost their minds and put their thumb in the eye of the audience and saying we acknowledge it but we don’t care. Or it could just be that they decided all this talk online and they could transfer this heat to Baron Corbin.”

It was a very interesting thing to hear Rollins talk about on RAW and I would have loved to see the look on his face when he was told what he was going to get to say last night. In the end, there has to be a reason for his speech where he essentially buried the WWE RAW product, right?