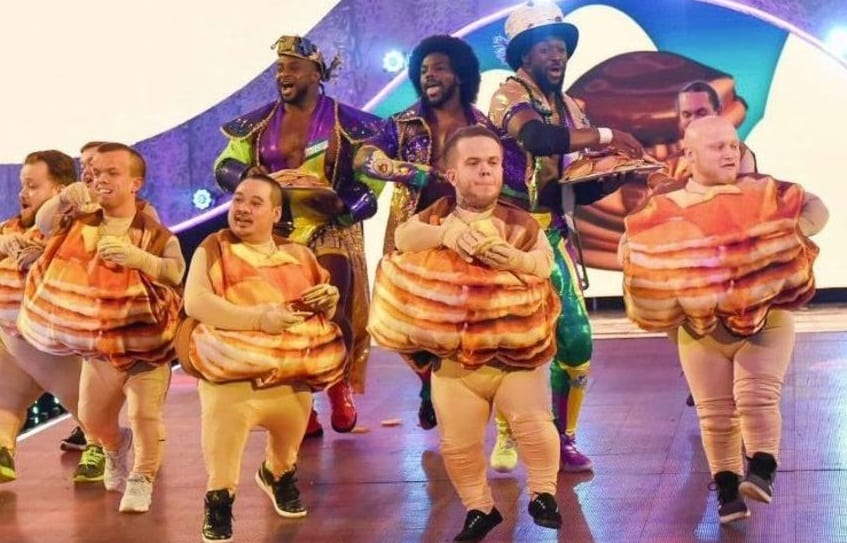 If there is one thing The New Day love, it is pancakes. The three SmackDown Live Superstars are not set and confirmed to host an end of year special on the USA Network next week.

The show will be titled “The New Day’s 2018 Pancake Powered Year End Super Spectacular” and will air at 10 PM on Wednesday, December 19, as Mike Johnson confirmed over at PWInsider.

While the contents of the show have not been discussed, the working theory is that The New Day will simply talk about some memorable moments over 2018 from RAW and SmackDown Live. This is likely to include moments such as Shawn Michaels’ return to the ring and the classic Titus O’Neil fall at the Greatest Royal Rumble back in the earlier months this year.

That show will serve as one part of the longer WWE week on the USA Network. As Johnson confirmed, Monday is RAW, Tuesday is SmackDown Live, Wednesday is The New Day’s special, Thursday is the Tribute to the Troops special and a Miz & Mrs marathon of season one, with Friday ending the week with San Andreas, which stars Dwayne “The Rock” Johnson.

Will you be tuning in to The New Day’s special? What, to you specifically, are the most positive and negative moments of WWE TV over the past year? Let us know your thoughts, opinions, and reactions in those comments below.