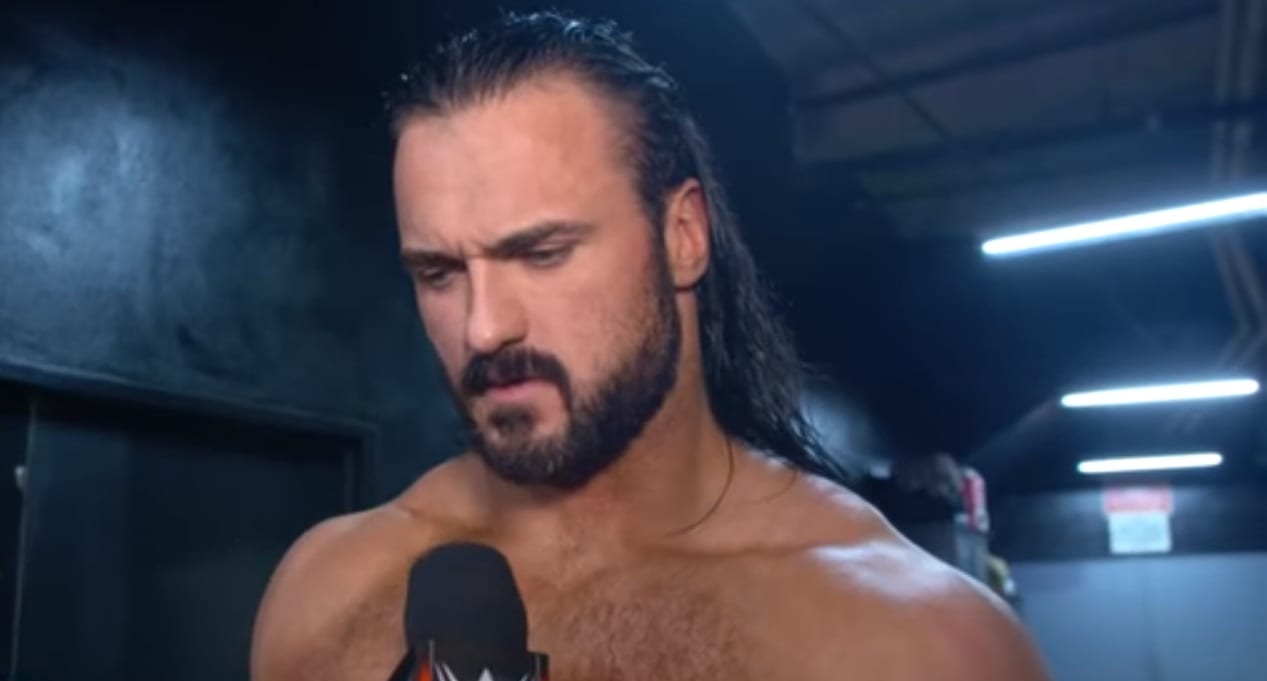 Dolph Ziggler and Drew McIntyre battled again on WWE RAW this week, but it didn’t turn out all that well for the Show Off this week. After winning the match, Drew gave Dolph a proper beatdown complete with plenty of heat attached to it. It seems like Drew McIntyre just needed someone to take his frustrations out on as Finn Balor wasn’t there this week and for good reason.

Drew McIntyre was asked for a comment about what kind of message he was sending by beating down Dolph Ziggler. McIntyre unloaded on Ziggler and the rest of the WWE locker room for not being able to hold a candle to his redemption story in WWE.

“I think it’s as much what you should be asking rather than why. Everything I do, I do with purpose. Everyone knows my journey. Someone like Dolph Ziggler is fantastic, he’s one of the greatest Superstars here, but he’s only ever been part of WWE. He only knows WWE. He doesn’t know what it’s like outside of here. He doesn’t know what it’s like to fight, fight with no guarantee on the table.”

“He’s fantastic and there are some of the other guys who have been on journies where they fight to get here and they get to be in WWE. They’re part of the big WWE, the global juggernaut and they forget what it was like to fight. No one here was signed at 21, spent eight years growing up, being released because I deserved it. I was complacent, I was entitled and I had to fight to get back here.”

That was a pretty intense backstage interview and might only go on to help prove how awesome McIntyre is in WWE at this point. He is earmarked for big things for a reason, after all. It will be very fun to wait and see what’s next as he continues on with this story of vengeful redemption.