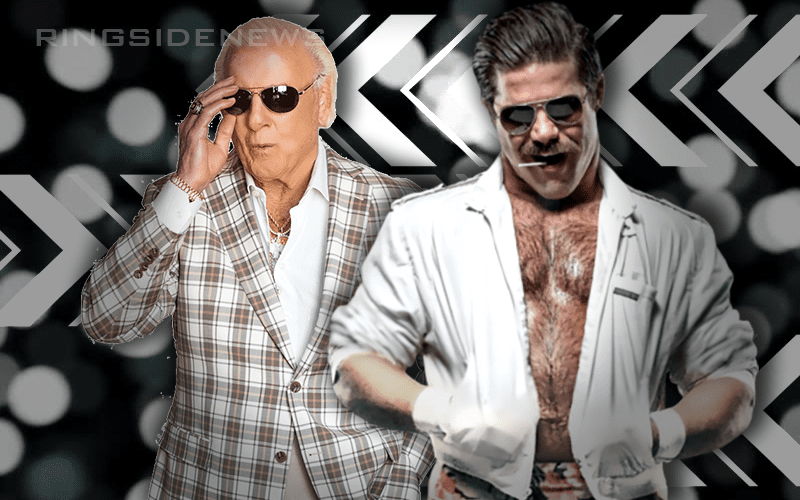 Ric Flair had a very scary medical emergency before SummerSlam 2017 where he ended up with a lot of his bowels removed. It’s been a long road back to full health for Ric Flair, but he seems to be doing great.

The two-time WWE Hall Of Famer recently said that he is now cleared to take bumps in the ring again. We’re not sure why he would take a bump, but that’s apparently something he can do.

Joey Ryan spoke up as soon as he heard this news and said he would wrestle Flair for free. Ryan is currently out of action due to a pec injury, but as soon as he’s cleared Joey would love to book that match with no charge.