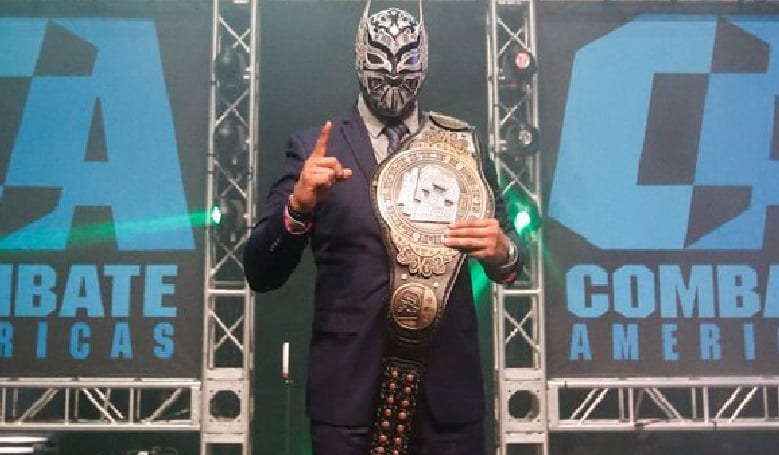 Sin Cara is currently out of action with a knee injury, but he recently revealed that he will be back in action soon. He is getting around just fine and doing as many appearances as he can. Last night he spent some time with former WWE Superstar Alberto Del Rio at his MMA company Combates Americas.

Cara has been making himself pretty known recently by doing interviews and giving talk show hosts chops across the chest they’ll never forget. We didn’t expect to see him with an MMA title over his shoulder so fast though.

In a tweet translated from Spanish, Sin Cara said: “Thanks to my brother Alberto “El Patron” y a Mr. Campbell McLaren for the invitation. Amazing show!”

It looks like Sin Cara got the VIP treatment for sure, but that’s nothing really new for him.