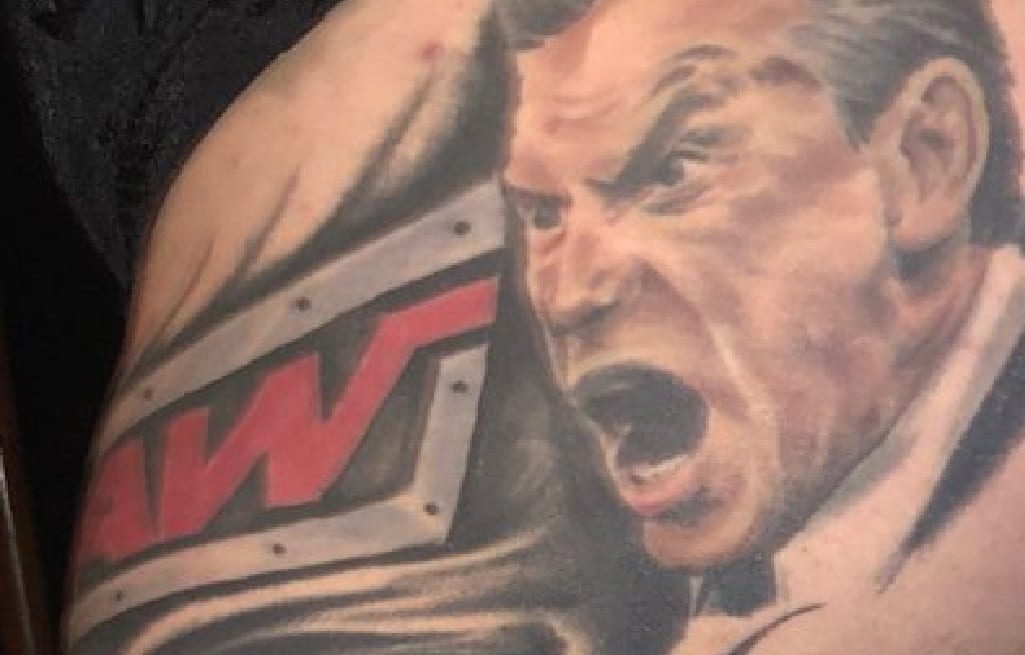 WWE has influenced millions of fans all over the world in different ways. Some people like to buy t-shirts and support their favorite wrestlers. Others are more masochistic and will become pro wrestling journalists, but another breed of fan merges their love of tattoos with WWE together.

One fan approached Jim Ross at a recent event and he had something special to show him, pal. This fan unveiled a full leg tattoo devoted to the Attitude Era complete with Vince McMahon taking up the entirety of his buttcheek.

It’s a pretty awesome dedication to one of the greatest eras in professional wrestling. Since Vince McMahon became known for inducting people into the “Kiss My Ass Club,” it kind of fits that he would get that placement. The fact that McMahon doesn’t look too happy about it either is even better. It looks like he’s yelling, “You’re Fired!” which ties the entire piece together.

We just love it when pro wrestling and tattooing can come together like this.

Check this tattoo that a fan showed ⁦@JerryLawler⁩ & me Saturday ⁦@Hilarities⁩