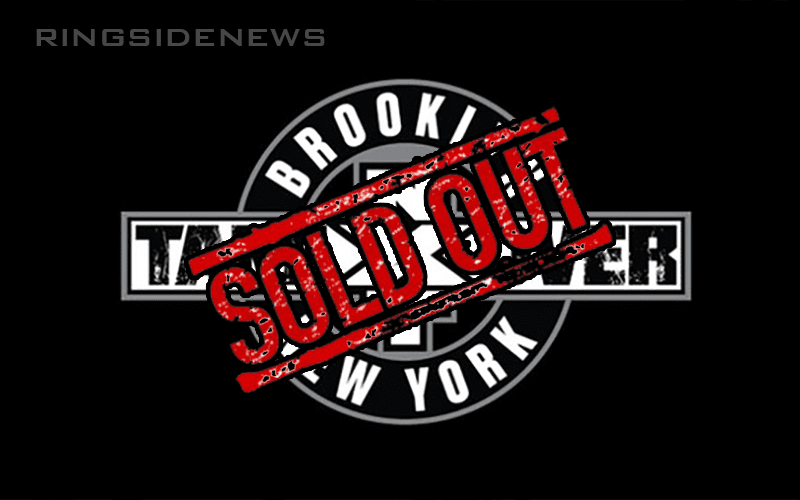 Tickets for the show went on sale this past Friday and sold out almost immediately.

As previously reported, TakeOver: New York will be held at the Barclays Center and was originally slated to take place the day prior to WrestleMania 35. WWE decided to change the event to Friday, April 5th instead, with the WWE Hall of Fame ceremony being moved to Saturday before WrestleMania.

Prior to the switch, Takeover was set to go head-to-head with Ring Of Honor and New Japan Pro Wrestling’s G1 Supercard.