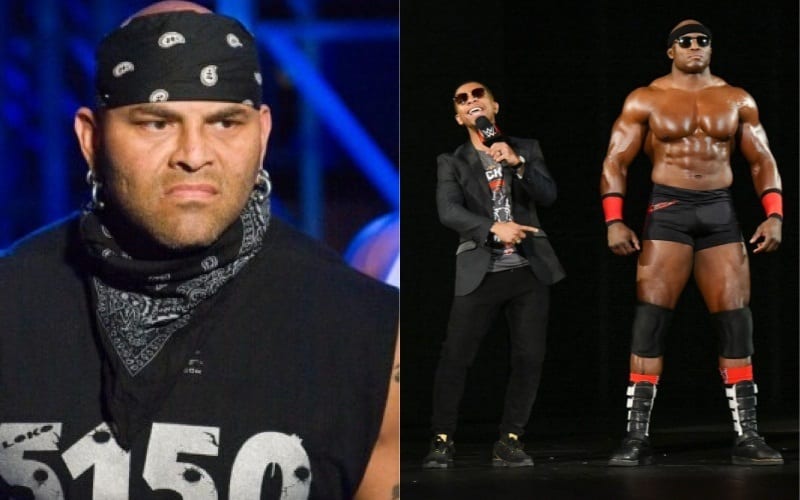 Bobby Lashley and Lio Rush are a heel duo of manager and client on RAW even though Rush competes by himself on 205 Live. Lashley is drawing heat thanks to Lio Rush’s promos now, but Konnan doesn’t like that idea at all.

In fact, as he spoke to WINCLY Konnan revealed that he had the chance to play a role similar to what Lio Rush is doing on RAW, and he passed on it. Konnan didn’t think Bobby Lashley needed a mouthpiece in Impact Wrestling and that obviously hasn’t changed as he continued to rail on the current WWE product.

“When Jeff Jarrett came back [to Impact] two years ago, he wanted me to come in originally as Bobby Lashley’s mouthpiece and I was like, ‘Yo, Lashley knows how to talk.’ That’s why now when I see him with Lio Rush, like, I really don’t understand that because Lashley can cut a promo. And, to me, he should be demolishing motherf*ckers and they should be prepping him up for Brock Lesnar.”

“How can anybody ever decipher WWE? You’ve been watching it as long as I have and I know I’ve been watching it longer. It’s like they’ve done so much sh*t that doesn’t make sense. For every great angle that you see, there [are] 10 other ones that f*cking blow your mind. And I understand that most of the viewers are kids, so they’re going to have kids sh*t in there, but it’s one thing having things for kinds and another thing to have stuff that’s just totally awful.”

“There’s no other show that I watch on TV that if it were as bad as [WWE] wrestling I’d still be watching it. Do you know what I’m saying? And so, they just put out a lot of bad content. And I just think one of the reasons is because they’ve got to fill up so much time that they don’t have the luxury of an MLW that has got a one-hour show and they only have one show.”

“I don’t have to tell you how many shows those motherf*ckers have from the [WWE] Network to everything that they’ve got going on. But to me, that’s still no excuse for bad storylines. Get better writers or get more writers. It’s just incredible to me.”

Of course, it’s not about writers because Vince McMahon is ultimately the man in control of everything. WWE had a plan for this week’s edition of RAW, but McMahon came in and rewrote the entire show because he thought the Texas crowd needed a boost in morale. It didn’t work, but then again, not much is seeming to work in WWE at this point.