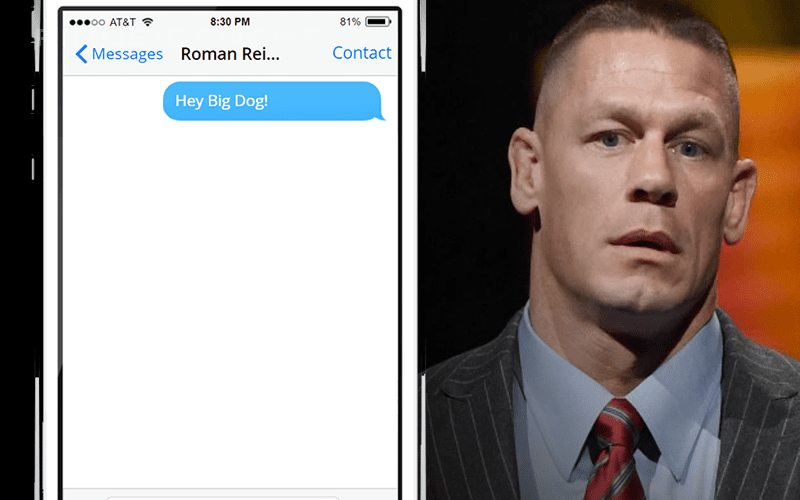 Roman Reigns had to make an incredibly sad announcement on October 22nd that he has leukemia and after 11 years it is out of remission. He needed to relinquish the WWE Universal Championship and then he departed from the company until he is healthy enough to return.

John Cena recently spoke to Chris Van Vliet where Roman Reigns was brought up. He was asked if there was any communication between himself and The Big Dog and Cena was very honest in his reply.

“I did, I texted him the day of the announcement just letting him know that he is in really good hands. He is part of a very exclusive fraternity. We all love him for what he’s done. We all respect the fact that he is taking care of his health which is first and foremost. I told him if he needs anything he knows where to find me.”

WWE is a family and they take care of each other. Cena was very serious when he spoke about his offer to Roman Reigns.

Reigns will be able to beat leukemia and get back to action as soon as possible. Until that happens, it’s great to know he has plenty of people he can rely on to help him if he does need anyone.