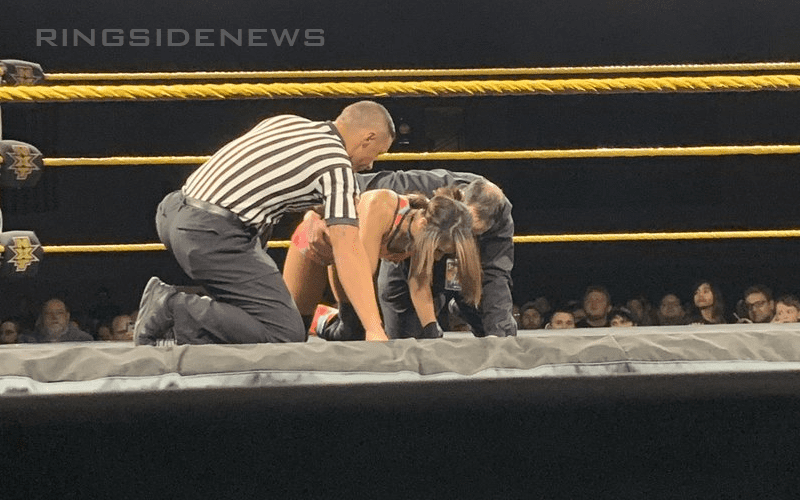 Dakota Kai may have suffered an injury at the WWE NXT Live Event in Green Bay, Wisconsin on Friday night.

Correspondents at the event sent word that Kai was competing in a six-women tag match teaming with teaming with Kairi Sane and Candice LeRae against Shayna Baszler, Jessamyn Duke and Marina Shafir. Kai went down with some sort of knee injury at one point in the match and the referee threw up the “X” symbol to call for medical professionals. The match continued as a regular tag team match while Kai was helped to the back. She was said to be limping.

Dakota Kai has to be helped to the back after legit injuring her knee. #NXTGreenBay pic.twitter.com/W4wZ4VZWr9

We will keep you updated if we receive any additional information on her status.