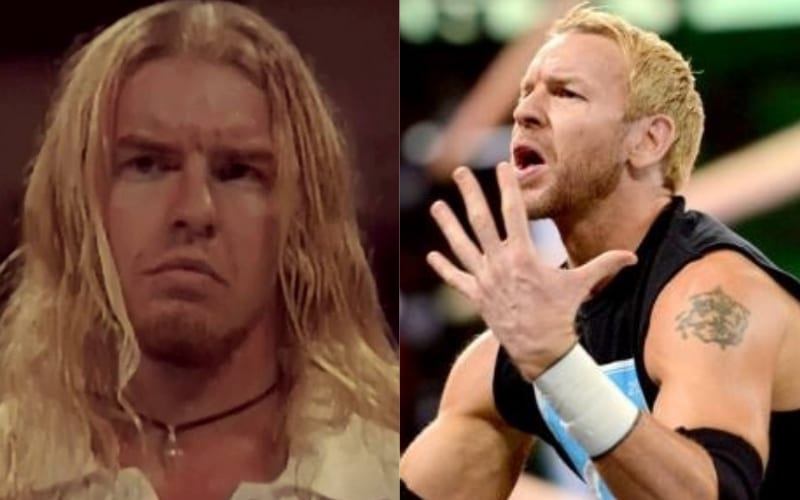 Christian went through a lot of stories during his time in WWE and his character transformed from Brood member to Captain Charisma, but it didn’t happen overnight. Because getting Christian to cut his long hair wasn’t an easy thing to convince him to do.
It has been said that Christian’s run as part of the short-lived Un-American stable was hindered by the fact that he didn’t want the kind of legit heat it brought him. After all, they were trashing the USA in a post-9/11 atmosphere. Christian explained on E&C’s Pod Of Awesomeness how he felt about the gimmick and continued to say that he didn’t cut his hair as requested because he wanted to believe in what they were doing. He also didn’t know how long the Un-American gimmick would last.

“To me, it was just if something is really going to work you have to believe 100% in what you’re doing. I just didn’t believe in this particular character not that I didn’t want to or I didn’t want to try, I just didn’t believe in it.”
“It’s hard to go out there and fake your way through something when you aren’t invested in it 100%. I had every intention of making it work but it just wasn’t me so it was hard to go all in on that when it wasn’t me. That’s what it was for me anyway.”
“Yeah, I didn’t cut my hair because — I wanted to, but I wanted to be… and I knew there could be some pushback on this but I didn’t want it to be something where I wasn’t sure what the shelf life of that team was gonna be and I wanted it to be if I wasn’t going to be Edge and Christian anymore, which I probably should have [cut my hair] then when we first broke up and I’ve said it before that I was too immature enough to realize I should have completely done the change then but I didn’t.”
“At that point with the Un-Americans I wanted to wait until the spotlight was on myself as a singles character when it really meant something, that was my mindset.”

Christian did end up cutting his hair and he never let it get too long again. At this point in his career, a short-haired Christian could find his way into the WWE Hall Of Fame eventually. If I were a betting man the likelihood of WWE using a ton of Un-American clips in Christian’s HOF video package isn’t a very good one.
If you use the quotes in this article credit Ringside News