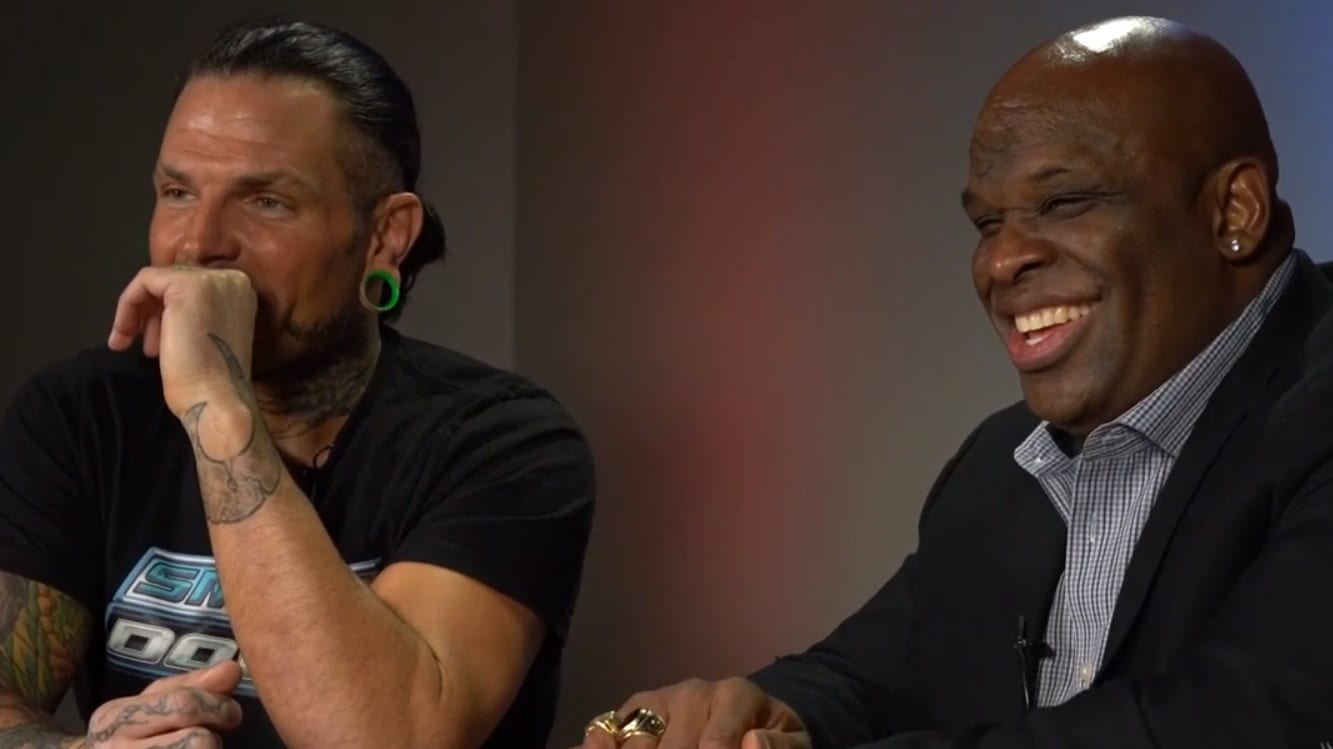 WWE is a place where time heals all wounds, even ones sustained in a TLC match. It’s been a very long time since the famous Summerslam 2000 TLC match between the Hardy Boyz, Dudley Boyz, and Edge & Christian, but D-Von Dudley and Jeff Hardy remember it fondly even though it hurt a lot at the time.

WWE recently posted a pretty great video of Jeff and D-Von watching their famous match while providing commentary. It’s remarkable how much people can change over the years yet still remain the same.

This video is worth a watch to get some insider opinions on the bumps necessary to make this famous match come to life. Needless to say, those bumps hurt no matter how much they tried to soften the blow.