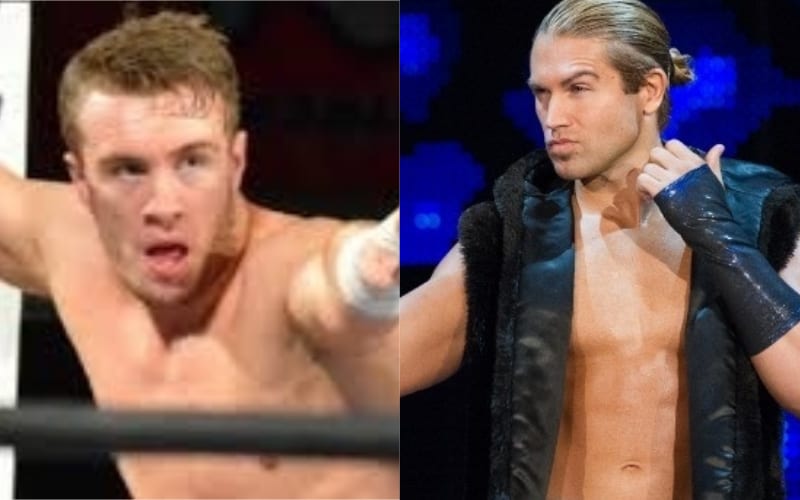 Tyler Breeze has hinted at being frustrated with WWE in the past, and who could blame him? Once a hot prospect from NXT, Breeze was pushed down the roster and give a comedy role with no real push behind him. Since Fandango is out of the picture, he finds himself on Main Event if he’s lucky which is a shame. Then WWE took away The Fashion Files which seemed to be getting Breezango over. But Tyler still has his fans who continue to pull for him.

One fan asked: “Tyler, Have you ever wrestled Will Ospreay? Would love to see u wrestle him. Have a Wonderful Day.” This caused Prince Pretty to think about his response and it didn’t take him long to admit that he hasn’t but it would be cool if it took place.

Ospreay, who wasn’t even tagged in the initial tweet obviously found this and responded, “Come on then pretty boy.” Those are fighting words.

If I were a betting man it might take some time for this match to happen. But you never know what can happen in pro wrestling and Breeze is often brought up as someone who might be able to leave WWE and find a lot of success. Now that possible success can include a match or three against Will Ospreay, wouldn’t that be cool?

Haven’t but would be cool https://t.co/kYwHKXWhnq