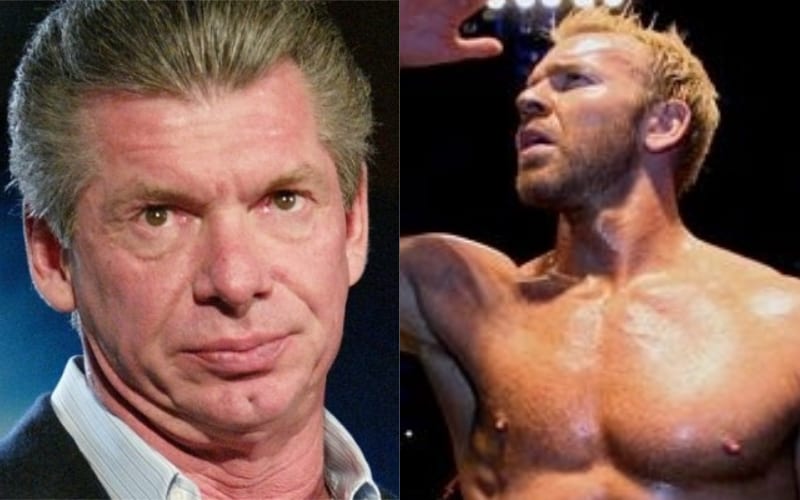 WWE has seen a lot of very talented people go through the company, but sometimes you have to leave in order to get truly recognized for your contributions. Christian left WWE in 2005, he eventually became NWA World Heavyweight Champion for TNA. But during his first run with WWE, it was hard for Vince McMahon to give him a second look.

Bruce Prichard opened up on Something To Wrestle With about Christian recently where he discussed why Vince McMahon wasn’t so high on him once the team of Edge and Christian had been broken up.

Christian didn’t get the singles push that many thought he deserved. But it turns out as Prichard said, McMahon’s opinion of Captain Charisma didn’t budge. He said that it was evident how McMahon felt about Christian as soon as they split the team because everytime Christian’s name was brought up, it brought an unfavorable reaction from Vince McMahon.

“Every time you would come up with an idea for Edge or Christian it would be like okay, there is a lot excitement there with Edge. ‘Oh by god, we could do this with him. We could do this with him, a big good-looking bastard and then we’d get to Christian and it would just be, ‘Ugh, godd*mn, do we have to shoot him? Do we have to see that face? The f*ck’s he gonna say?!’ Vince felt Edge was the star of the team and while Christian had the tools, best damn worker on the card, and he would always say that and loved him personally. Just didn’t think that personality transcended and got to the audience.”

Even though Vince McMahon seemed to be more on Edge’s side than Christian, it apparently had more to do than just the fact that Christian is shorter than Edge. Prichard brought up the Un-American angle and how Christian refused to do it as well. This didn’t set too well with Vince McMahon as he saw that as a possible platform to push Christian further.

But as we sit in 2018, Edge is a WWE Hall Of Famer and Christian remains without a place in the HOF. Only time will tell if that could change eventually, but the fact that Vince McMahon has the ultimate say-so in who is inducted into his WWE Hall Of Fame might be a telling sign that it could be a little bit longer of a wait until we see Captain Charisma’s induction.