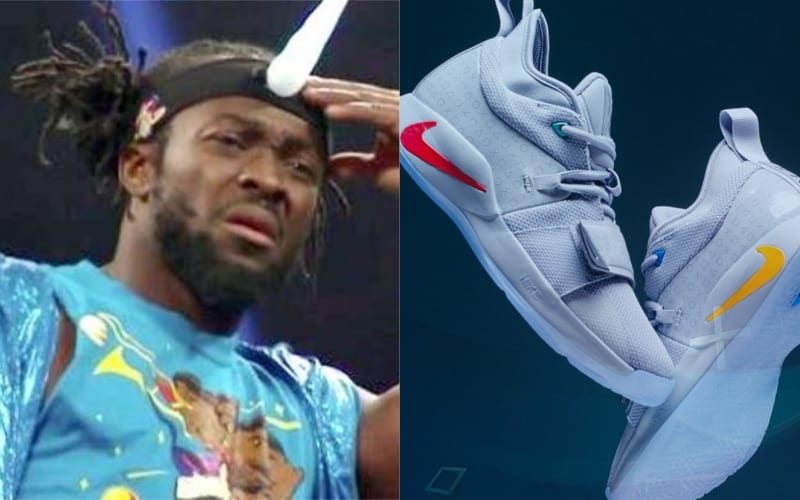 Kofi Kingston might be part of The New Day who are the longest-reigning tag team champs in WWE history and a 5-time championship team as well. But there have been a lot of times in Kofi’s career when he ended matches looking at the lights. So it’s not too much to ask for a pair of PG 2.5 Playstation sneakers, right?

It appears that nothing was different for Kingston as he tried to win a rare pair of sneakers either. The PG 2.5 Playstation shoes from Foot Locker are pretty hard to get your hands on, even if you’re a member of The New Day.

Kofi tried to get some, but he was told that “your entry wasn’t selected.” He was thanked for trying, but “unfortunately, it didn’t work out this time.”

Although he was a bit heartbroken at this news, Kingston simply commented saying: “Welp, guess I’ll put this in the closet with the other L’s…”

The New Day has a chance to become 6-time WWE Tag Team Champions at TLC, but they’ll have to defeat two other teams in order to make that happen. If I were a betting man though, Kofi is going to be winning again in due time, but that won’t help him snag those sweet and rare kicks.