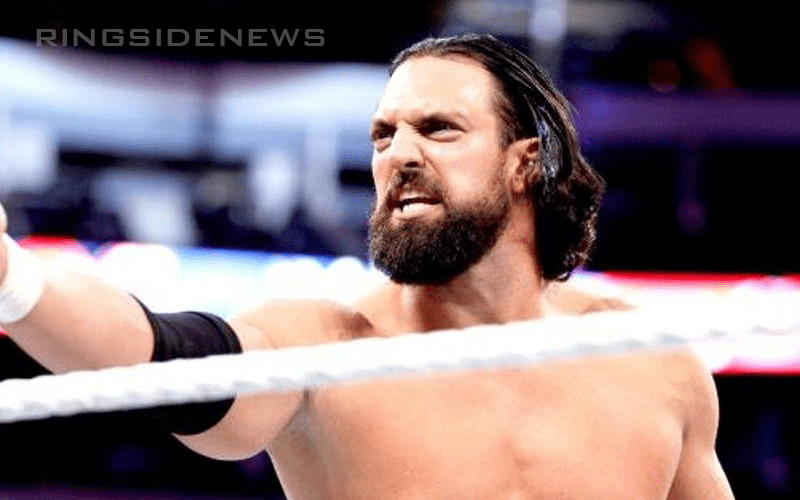 Damien Sandow hasn’t wrestled since he was Aron Rex defeating Robbie E in an October 1st, 2017 episode of Impact Wrestling. But since then, he’s remained busy and focused on his acting career which appears to be paying off. Now known as Aron Stevens, he has landed a role on Midnight Texas, and hopefully, things will keep moving well for him in that regard.

As a WWE Superstar, Stevens had to wrestle in all sorts of matches and became Mr. Money In The Bank in the process after winning a guaranteed World Heavyweight Championship shot contract in 2013. He didn’t win that title upon cashing in his contract, but that didn’t stop the fans from rallying behind him in a big way as he captured their interest as The Miz’s stunt double.

But when Aron Stevens was asked on Barnburner’s No Holds Barred podcast about setting up a match like TLC, he was quite open about the fact that it’s always about your opponents in determining how good of a match it will really be. He also went on to admit that the most positive experience he has ever had when laying out a match was his 2016 Lethal Lockdown match in Impact Wrestling.

“So it all depends on the talent you’re in there with and some talent just gets it. They get you know, they get the match is for the people not themselves. Other talents, not so much so.”

“Again, I’ve had very positive experiences. One of the most positive experiences I ever I think was at Lethal Lockdown I had at Impact and it was in a cage and all these weapons and everything and there were like seven or eight of us or whatever and man it was so smooth. Everyone hit their spots it was so great. I had a lot of great experiences. My Money In The Bank match, my second Money In The Bank match the one where I won the briefcase.”

“Then I’ve been in singles matches with no bells or whistles I’m like, ‘Oh my god I hope we never meet again,’ but whatever.”

Damien Sandow might not be wrestling anymore but it is a time in his life he wouldn’t change. However, there are apparently a couple opponents that he wouldn’t mind facing again because they were so easy to work with. On the opposite side of things, there are also several who he wouldn’t like to work with again that might make the demons on Midnight Texas look like a cakewalk.

Only time will tell if Sandow will become a huge acting star and WWE will ask him to come back and give him a proper run at the top. After all, the fans were ready to cheer like crazy for him as The Miz’s stunt double and that happened organically without any push. But it’s good to know Sandow can still open up about his wrestling days as he is now an actor looking in on a business he was once a part of.