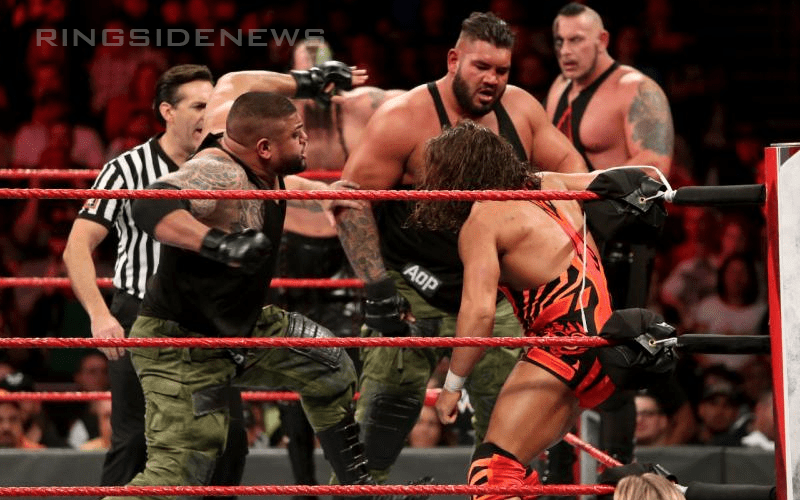 As seen on Sky Bet, the betting odds for tonight’s Raw Tag Team Championship match have been released.

The last few months worth of Monday Night Raw episodes have been pretty hit and miss in the eyes of the WWE Universe, but as we look ahead to WWE TLC and beyond, it appears as if they’re starting to turn a corner. One thing that many fans are still waiting to be ‘wowed’ by, however, is the tag division.

Tonight we’ll see what will undoubtedly be an extremely entertaining title match between AOP and Bobby Roode & Chad Gable, although some understandably feel like it’s been somewhat thrown together.

The current odds show AOP with a 2/7 odds with Bobby Roode and Chad Gable sitting at 5/2 odds. So it could be interesting to see how it plays out.

The Authors of Pain have long since been viewed as one of the most intriguing tag teams in WWE, ever since their days in NXT, but the recent ‘peeing’ storyline with Drake Maverick appears to have hampered the public perception of them. They’re still phenomenal competitors, but they aren’t exactly being taken all too seriously.

The lack of storyline development on Raw is probably a big reason for that, and it’s probably the same reason by Roode and Gable have been thrown together into this makeshift tag team of sorts.

As we stated, the match itself is probably going to be highly entertaining, and should serve as the highlight of the episode – but it all depends on where it goes after the fact. It’s all well and good producing great wrestling, but you can’t use it to disguise lazy storytelling – at least not anymore.