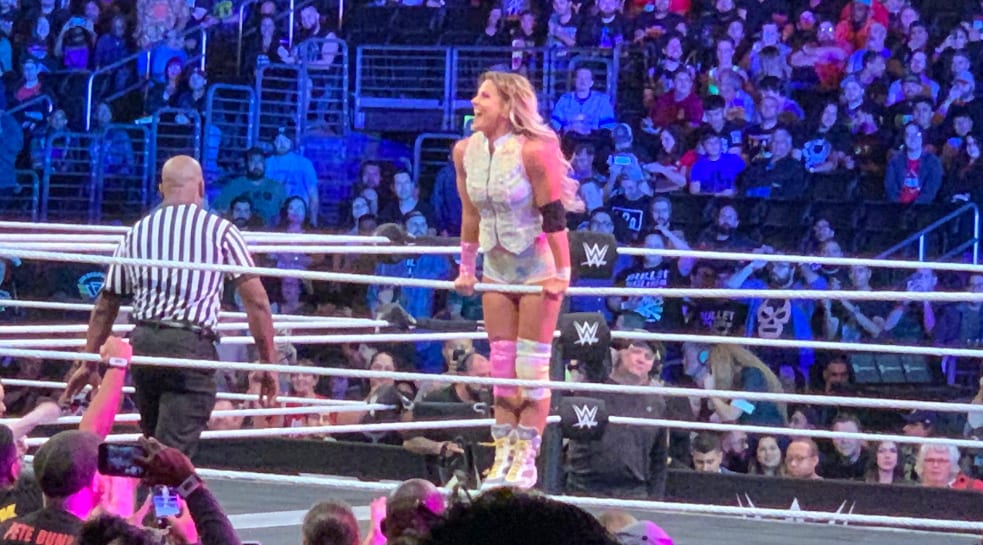 You might have read the title confused because LeRae didn’t perform at NXT WarGames, but she was a part of the action before the night started. Therefore she did perform in a ring which had an identical ring next to it for the big main event double cage match.

Her match was used for an episode of NXT down the line on the WWE Network, but her ring gear had a special meaning to her. Candice wrote: “My niece drew this for me over a year ago and I had it printed on fabric. I told her, ‘I’ll make gear out of it and save it for a special occasion.'”

This was a pretty cool way to use a child’s art and much better than just putting it on the fridge, don’t you think?