Brock Lesnar defeated Daniel Bryan in the main event, and X-Pac thought this match told a brilliant story. He notes that it was very hard to follow the Charlotte/Rousey beat down, but Lesnar and Bryan did it perfectly. They didn’t rush; starting slow and building steadily throughout until Lesnar eventually picked up the victory. He points out that even the people in the Gorilla position who knew the finish were sitting on the edge of their seats during this match. 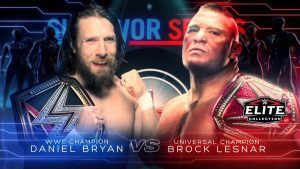 X-Pac mentions that the death match between Nick Gage and David Arquette went “way to f***ing far”. He points out that this entire thing was a bad decision in hindsight, and there were some very bad decisions made throughout the match. He doesn’t blame Arquette, but he gives Arquette credit for releasing a statement where he apologized to the wrestling community.