He was also a big fan of the NXT Women’s Title match. He points out that Shayna Baszler is a killer, and she pulls off that character so well. He also notes that her MMA style is starting to mesh so well with the WWE professional wrestling style. Baszler and Sane have great chemistry and work well together, and after having a number of great matches already X-Pac says he still has an appetite for another match between those two women. 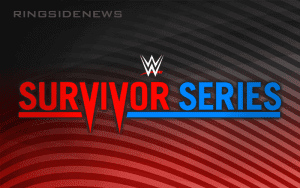 Moving on to the Survivor Series card, he points out that the tag team Kickoff Show match was “good stuff”. He points out that as long as the paycheque looks the same he couldn’t care less about where he wrestles on any given card, so working on the Kickoff show isn’t a big deal to him. He thought the German suplex spot off the top rope was a little scary, but the match was good overall.

He thought the Women’s traditional 5 on 5 Survivor Series match was good, and he thought WWE made the right decision by having Nia Jax win. When something bad happens like the injury to Becky Lynch, you need to take advantage of it and he thought WWE did just that by having Jax go over here. He also thought Asuka stood out in this match.