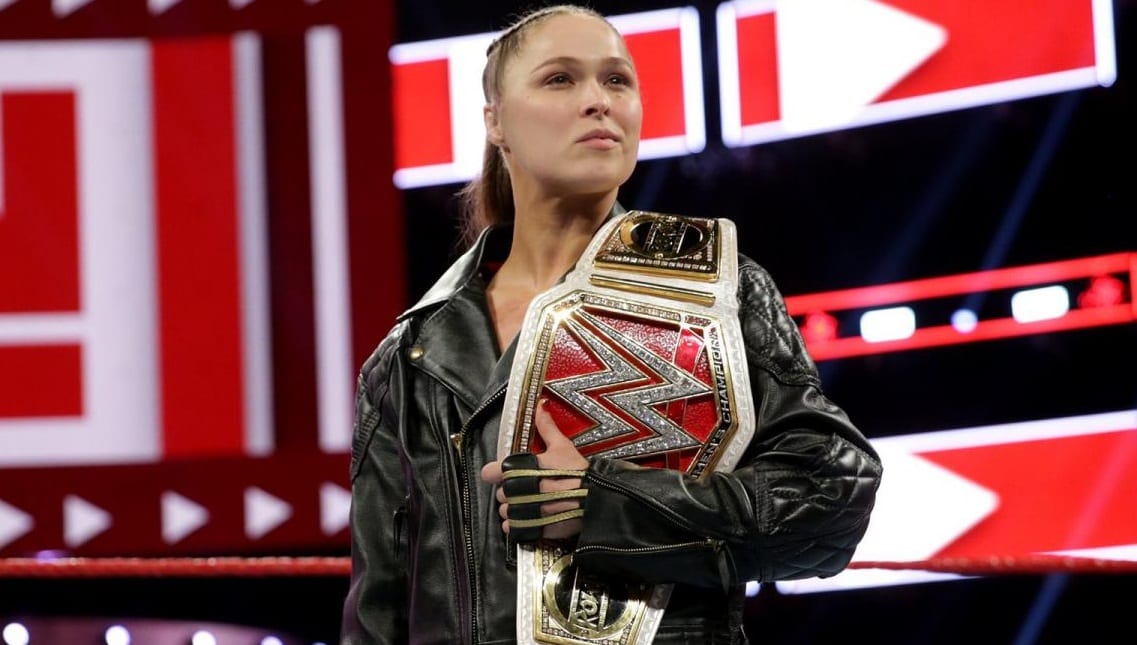 Ronda Rousey is the Baddest Woman On The Planet and she’s lived up to that moniker in the way WWE has presented her by far. The night after Charlotte Flair snapped on her at Survivor Series and stomped on a chair that was wrapped around her head. But Rousey was back the next night ready for another fight and she got one against Mickie James.
While Rousey has Nia Jax to face next at TLC, it appears that WWE already has her next two big opponents in mind. The Wrestling Observer Newsletter reports that the plan is for Rousey to go back to facing Charlotte Flair next and then move on to Becky Lynch.
It wasn’t clear whether Rousey will be retaining her Raw Women’s Title against Jax at WWE TLC, but the direction of her next two opponents seem to be on the Blue Team so something would need to be figured out in order to arrange a match against those two SmackDown Live Superstars.
Only time will tell how WWE will book this because they could always just have them walk out on Raw without any explanation. But it seems that Rousey vs Lynch at WrestleMania in a singles match might still be WWE’s plan in spite of fans’ fears that they might have shied away from the idea following Flair post-match assault on Rousey which carried on their feud past Survivor Series.