Ross opens today’s show by sharing his thoughts on last Sunday’s Survivor Series PPV. He thought the Ronda Rousey/Charlotte match was amazing, adding that both women showed great facial expressions, timing, and body english. He thought the emotion and storytelling here was terrific, adding that this was the most aggression, intensity and physicality he’s ever seen in a women’s match.

Ross credits Brock Lesnar and Daniel Bryan for their work in the main event as well. He thought these two men crafted a great wrestling match that suspended his disbelief. It felt real and despite the huge size difference this match was believable. He thought the announce team could have held out from time to time to allow Paul Heyman’s ringside soundbites to shine through. Ross is interested to see how Bryan moves forward as a full blown heel. 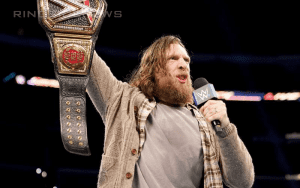 Ross points out that he’s seeing more and more dives during matches, and he feels the need to address this again. He points out that dives are dangerous and not always necessary. The less performers use dives, the more they mean.

Ross comments on the Nick Gage/David Arquette death match from this past weekend. He points out that Arquette doesn’t need to be in a match of that nature, and the booker/promoter should have never put him in that match. He notes that he’s met Arquette and he’s a nice guy, but those death matches have no rhyme or reason and he hopes Arquette never wrestles another death match again.