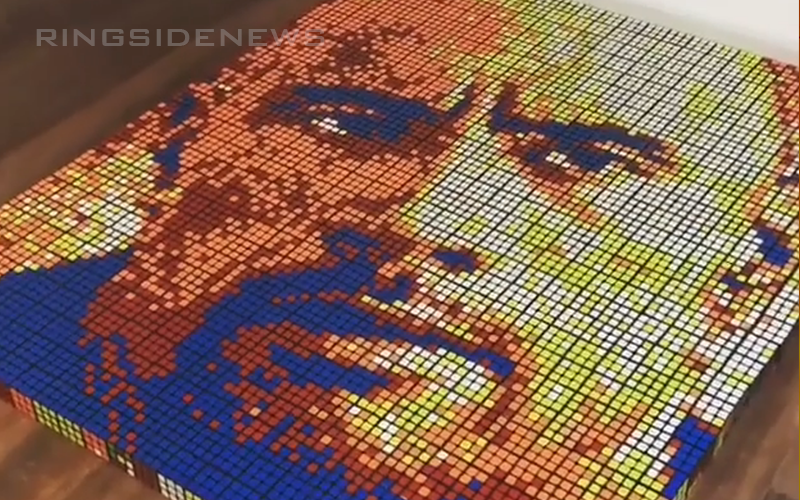 The Rock is one of the top names in entertainment all over the globe and he has plenty of projects on the way. Therefore, he has a lot of people who would love to pay him homage. The Great One recently saw a fan-made tribute to him that he just couldn’t help but share.

We’ve all played with Rubiks Cubes before in the past and if you’re the kind of person who can’t get an entire side to be the same color then don’t worry you’re not alone. If I were a betting man there are tons of people with that issue. But one creative fan was able to turn his skills at Rubiks Cubing into an awesome portrait of Dwayne Johnson.

The Rock posted the video which you can see below of the artist completing his Rubiks Cube art and he had to have been impressed. After all, we thought this was pretty cool and just wonder how long it took to figure this thing out because it looks extremely complicated.

So the next time you think about sending a tribute to The Rock, you can keep this in mind so you know how high the bar has been set.

Holy shit @jvenb this is dope. Thank you man for the love. And the fact that it took a record setting 725 Rubik’s Cubes due to the size of my big ass face is also great for the ego 😉👍🏾. Amazing job! ・・・ @therock – 725 Rubik’s cubes. I’ve been wanting to create a Dwayne Johnson’s portrait for a while, he has been a big source of inspiration in regards of getting sh*t done, excuse my French. I was honoured to make this piece.