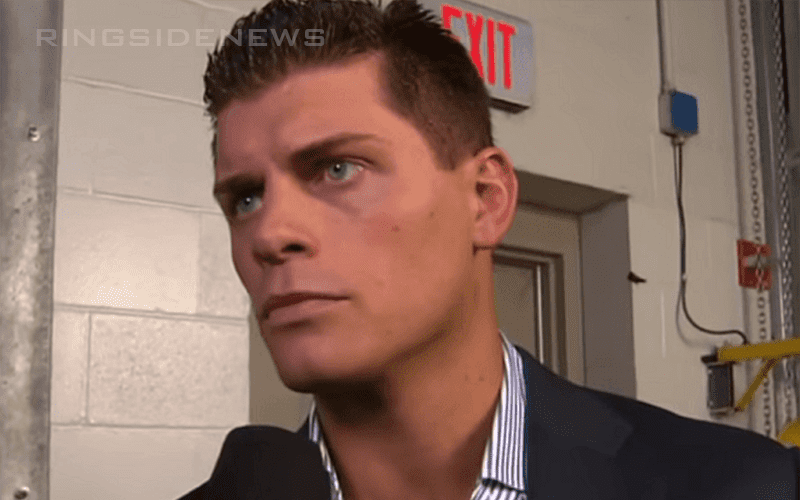 In the growing world, many wrestles almost require their own security. With real-life threats and over-reactive fans plentiful, wrestlers must protect themselves. Their careers are based on their well-being, and that oftentimes is put at risk.

Knowing all this, many wrestlers have their own teams to ensure their safety and that they are able to meet pre-arranged requirements such as appearances and trips from location to location. Being a massive name on the independent circuit, Cody has his own team, alongside wife Brandi Rhodes.

Cody took to Twitter today to blast personnel backstage who attempt to hit on the staff he and his wife hire. Check out what he had to say:

He would go on to joke with Ring of Honor’s Matt Taven of The Kingdom.

Ha! The coolest. He ain’t the problem though. (Other than his college football opinions) https://t.co/CGdOQIyaJx

Rest assured though, Cody is serious. In the business of wrestling, he and his family have to count on those close to him. His staff has to be there for him and apparently some wrestlers and personnel backstage don’t want to do the right thing.

It is not expected that Cody will go public with any further information on what he is specifically addressing, but we are sure that whoever it was targeted towards has now got the message.

Have you ever been invited backstage at a show? Do you agree with Cody? Let us know your thoughts, opinions, and reactions in those comments below.