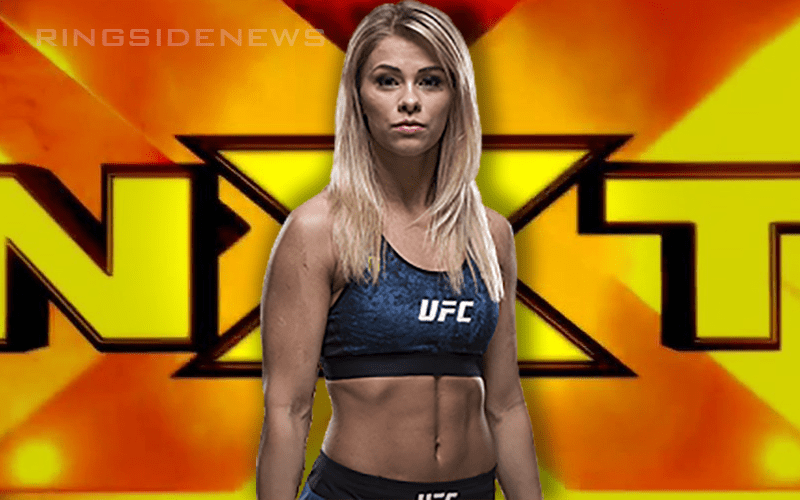 WWE is always looking to grab their next big headline and Ronda Rousey was a great success in getting that accomplished. Therefore, they are reportedly interested in bringing in more MMA talent.

We previously reported that WWE and Daniel Cormier might be coming close to a deal which could see the UFC Heavyweight Champion in a commentary position. But The Wrestling Observer Newsletter reports that VanZant’s name has been brought up in WWE once more.

There was a thought that WWE might bring in Paige VanZant to last year’s SummerSlam event, but those plans obviously didn’t materialize because she took a UFC fight instead. However, her name could still bring in dollars to WWE with curious MMA fans watching to see what another crossover fighter could do in the ring.

It was noted that VanZant is “popular with the Fox brass” so this could make a lot of sense. However, this is just in the “idea stage” right now.

Paige VanZant did an interview with MMA Weekly where she seemed open about being a part of WWE down the line but at this time she didn’t seem eager to leave UFC just yet.

“I’m not ready to leave the UFC just yet. I love being a professional fighter and I still have a long career ahead of me. I also think the WWE is an amazing organization and it’s a very athletic entertainment industry which would suit me. There’s probably a huge potential for a crossover down the line and, of course, I’m a big fan of what they do, so it would be great to be a part of that.”

Only time will tell if a deal between the two sides will happen sooner than later. After all, anyone talking to WWE usually doesn’t reveal the nature of the discussions because WWE plays things so close to the vest. But either way, PVZ is just 24-years-old so she likely has plenty of time that she could plausibly have careers in both companies by the time everything is said and done.