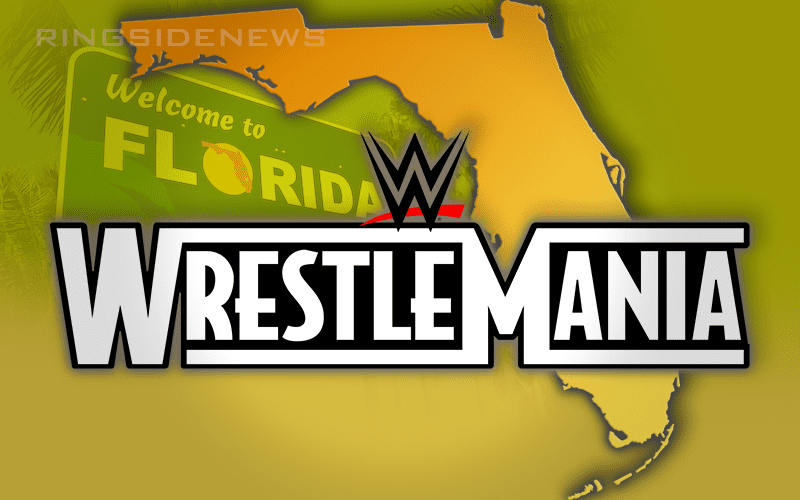 WWE is always looking to the future, but at this time WrestleMania 36 is still a way in the future. After all, they haven’t even had WrestleMania 35 yet in New Jersey.
But since WWE usually knows where Mania will be the following year by the time the big yearly event rolls around, they are currently working on a few options. Brad Shepard reported on the Oh, You Didn’t Know podcast that WWE is currently kicking around the idea of holding WrestleMania in Florida once again, but it seems like they’ve moved away from a previously reported idea.

“They did note that Florida keeps getting kicked around a lot lately even though they’ve done Orlando twice, they’ve done Maimi and you know, it just doesn’t seem like there is anything serious going on about Minnesota. So nothing concrete on Minnesota being an option so I did want to at least report that because it’s out there that Minnesota is the destination.”

WrestleMania 36 is likely to be a huge event in the biggest venue WWE can book. But at this point, it seems that no conclusive decision has been made just yet. However, it might not be that big of a surprise to see Mania return to Florida which is currently a huge hub for WWE anyway with the WWE Performance Center and NXT based out of the Orlando area.
If you use our quotes credit Ringside News