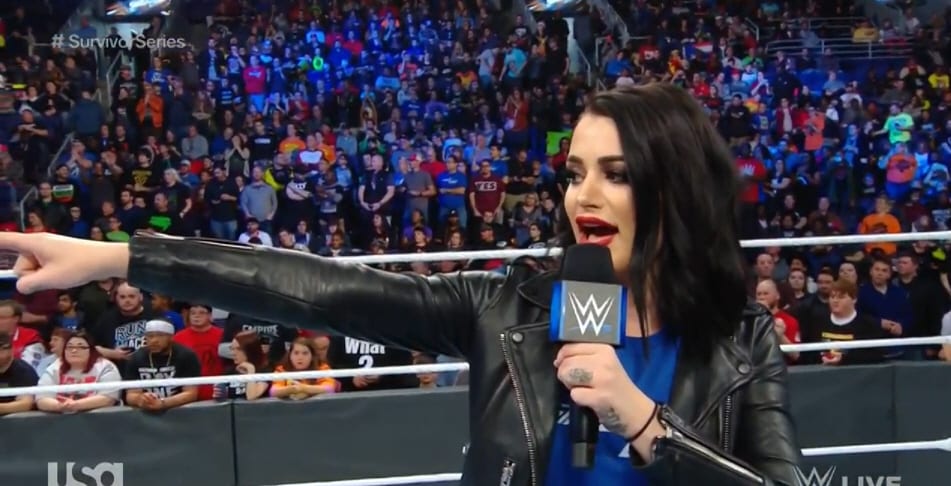 WWE is a prime destination for many different people all over the sporting world. A lot of athletes grew up watching WWE and after their careers wind down in their chosen sport, WWE could be an option. If you ask Paige she’s more than happy to welcome them all.

While Planeta Wrestling spoke to Paige, they revealed to her that Stephanie McMahon had expressed interest in signing Serena Williams to some kind of deal to do something with WWE. Paige was extremely happy to hear this and continued to extend a great invitation to anyone else who might be interested in coming in.

“I would just be welcome to everyone honestly because everyone just wants to be a part of it. Like a lot of women, actresses, athletes, UFC fighters they’re all looking at the WWE like, ‘Wow. I wanna be a part of that one day.’ Welcome. Everyone’s welcome, so anybody. Bring em on, bring em on.”

It will be interesting to see what kind of major sporting stars go on to become WWE Superstars next. Ronda Rousey has done an amazing job transitioning to the pro wrestling ring. Others might follow as well or come from football like Baron Corbin, Titus O’Neil, or Roman Reigns. But where they come from doesn’t seem to matter to Paige, because she’s ready to “bring em on.”