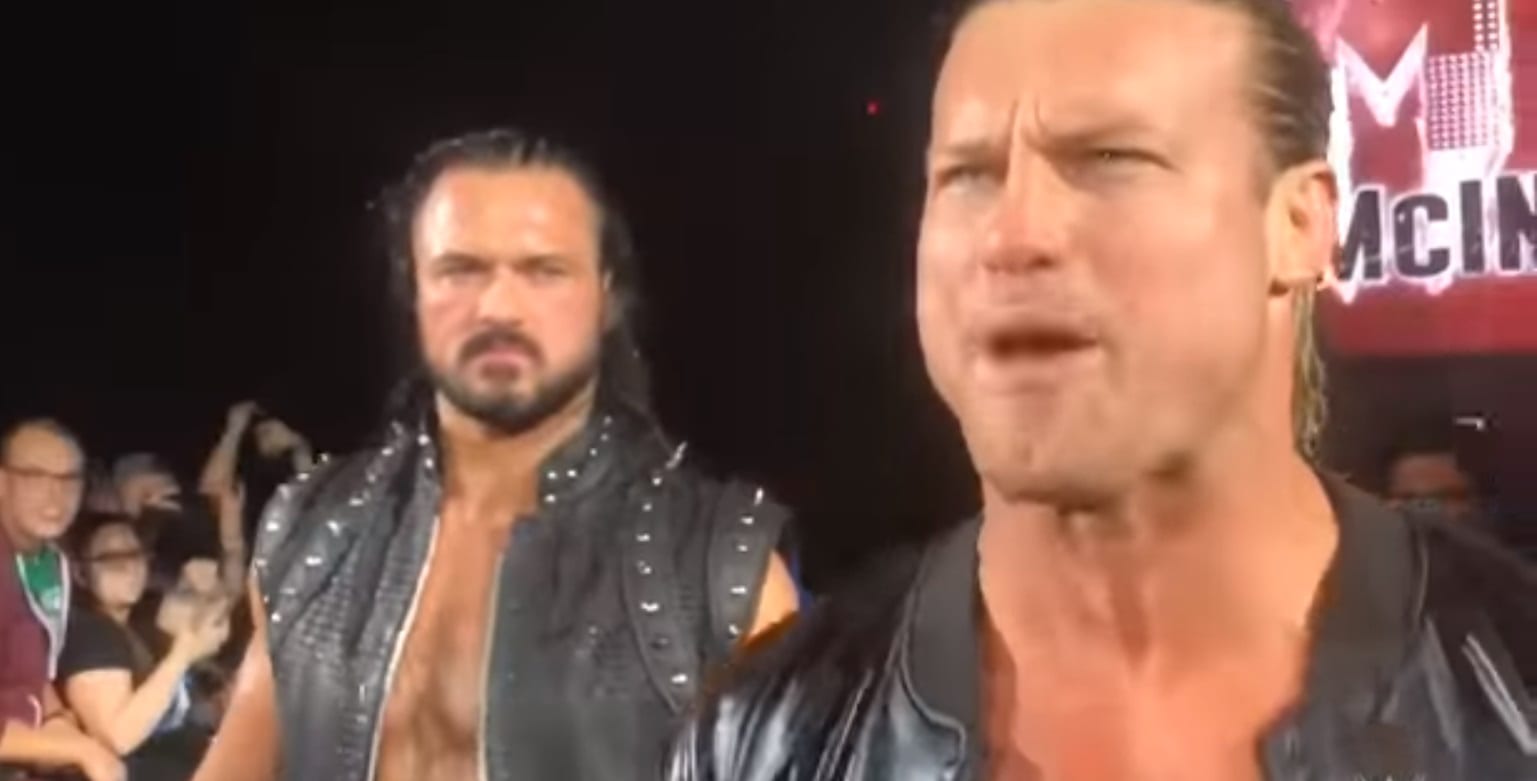 WWE Survivor Series is less than a week away and Drew McIntyre is prepared to captain the Raw men’s Survival Series team to victory. At a recent WWE live event, both McIntyre and Dolph Ziggler took a chance to speak their minds about how they think Survivor Series will go for them.

“Since day one we’ve done nothing but tell the truth and do what is right for the business. At Survivor Series, we show the world just how damn good we are and what we mean for everybody else who’s riding our coattails,” Dolph Ziggler yelled before throwing to Drew McIntyre by saying, “Tell ’em big man!”

This will be a very interesting match at Survivor Series between the men as they compete for brand supremacy. Raw really seems like they have an edge for some reason, but maybe it’s just so easy to think that because of the way Ziggler and McIntyre sell their confidence.