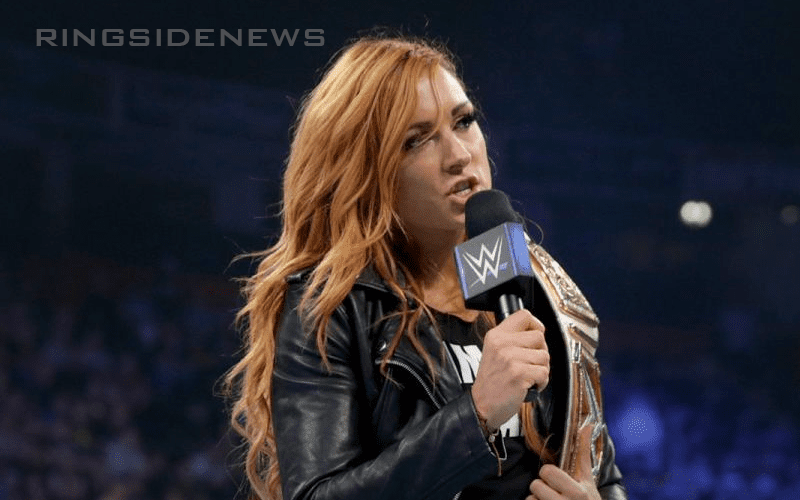 Becky Lynch vs. Ronda Rousey will not be taking place at Sunday’s Survivor Series event.

PWInsider reports that they have confirmed reports that Lynch will be unable to compete in the scheduled match against Ronda after suffering a broken nose and a concussion when she was struck with a hard right by Nia Jax on Monday’s episode of RAW.

One possibility for tonight’s tapings could see Becky actually drop the Women’s Championship title on tonight’s episode of SmackDown Live. That individual would then go on to face Rousey at Survivor Series this Sunday.

Charlotte Flair would be the obvious choice to pick up the title on SmackDown tonight but that would mean the company would be rushing through the potential WrestleMania match they had planned for Flair & Rousey.

Several other names have been pitched as a possible opponent for Rousey but no definitive choice was made as of an hour ago. Two names that have been tossed around are Mandy Rose & The IIconics as replacements for Lynch at Survivor Series.

As of this writing, WWE has not officially announced Becky’s injury. We will keep you updated.