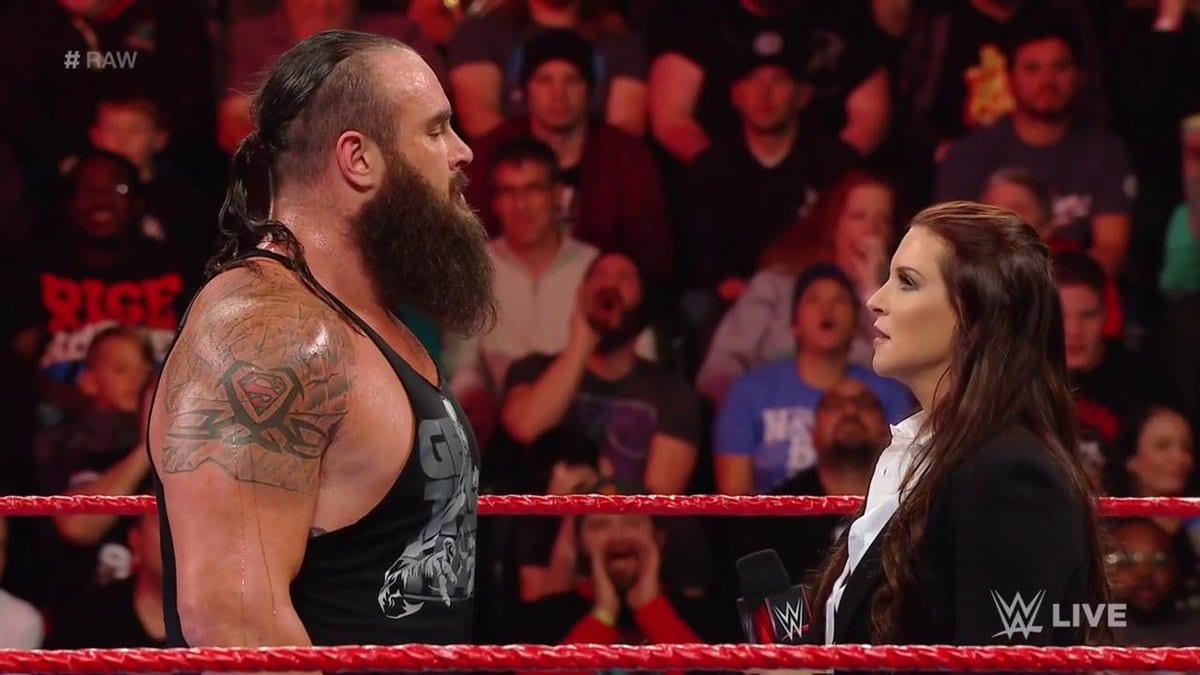 Raw kicked off this week with the Raw tag team division in the ring having a battle royal. The winner of this match would be crowned the captain of the Tag Team Survivor Series elimination match this Sunday.

Everything was going just fine — then Braun Strowman happened. The Monster Among Men demolished everyone within sight and bulldozed over everyone he could as the crowd chanted “get these hands.”

All of the tag teams left by sliding under the bottom ropes and got out of Dodge. Strowman got out a chair and sat down while saying “Tonight’s episode of Raw is brought to you by The Monster Among Men.” Then he said he wasn’t leaving the ring until Baron Corbin got those hands — then Stephanie McMahon showed up.

Steph tried to get in Strowman’s face about beating SmackDown at Survivor Series and Braun said he didn’t care about that. He just wanted to give Baron Corbin those hands. But Stephanie McMahon had a deal for The Monster Among Men.

She said if Raw wins at Survivor Series, then Braun can have whatever he wants and Strowman wants another Universal Championship match against Brock Lesnar. Then Stephanie McMahon granted it, but before Lesnar, Braun wants Baron Corbin and he wants to pick the stipulations. McMahon said it was done, done, and done.

So it looks like Survivor Series will determine the future of the Universal Title if Raw wins. But Braun will have to keep his hands off of Baron in the meantime because McMahon said he can’t hurt him until after Sunday. Braun said this better work or he’ll go to WWE Headquarters and tear the whole place down… and he probably means it.

Baron Corbin came out but Strowman didn’t touch him. Instead, he said: “Enjoy being Stephanie’s lap dog, because, after Survivor Series, I’m gonna neuter you.”