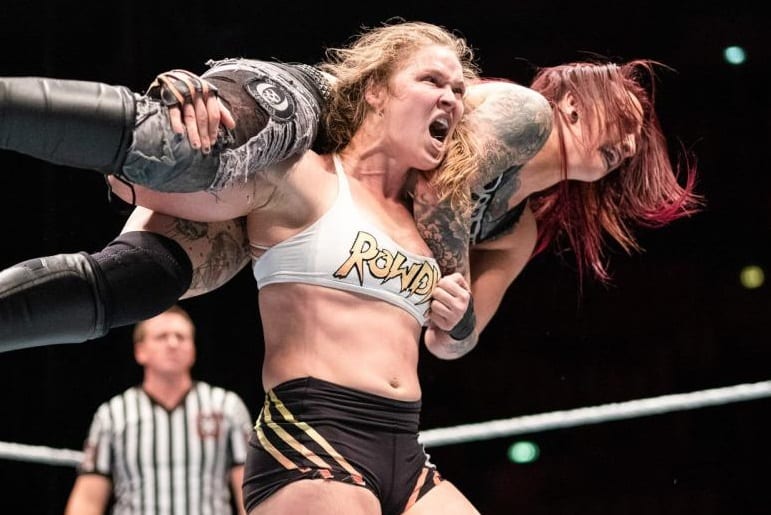 Ronda Rousey came to WWE looking to have a lot of fun and make a dream come true. As a long-time fan of pro wrestling, she transitioned her MMA career into WWE and has been quite successful so far. But she didn’t expect it to be this way at all.

Rousey recently spoke to the PWI Podcast where she went into detail about how she expected WWE fans to reject her. After all, pro wrestling fans have rejected outsiders coming in from other sports before and receiving preferred treatment, fortunately, this wasn’t the case at all for Rousey.

“Honestly, coming into this, I expected all the fans and all the people in the locker room to hate my guts from day one. I really did! I was really blindsided by how accepting and amazing everybody has been, and how amazing the WWE Universe has been, and how amazing everybody in the locker room has been. I mean, like, I’m really not hear for a quick paycheck, or some extra fame, or anything like that.”

“Honestly, I really love this business. I really want to contribute as much as I can and I don’t want to take credit for the women’s evolution. I don’t want to take away from what everyone has been doing. I just want to be a catalyst and I want to be able to speed up what’s going on here and bring more attention and more value to all the work that these women are doing. If I can do that in the least, then I’m happy.”

“Just coming into this industry, I’ve been nothing but surprised nonstop by the absolute goodness in people, and how happy they are for me to be here, and for me to be a part of it. I was expecting resistance and resentment from day one and I’ve got nothing but acceptance and everybody willing to help me. There hasn’t been one person who hasn’t offered me a piece of advice, or knowledge, or something and I’m just so lucky that I’m surrounded by all of those teachers from day one.”

Ronda Rousey has a pretty difficult challenge ahead of her as she faces Becky Lynch at Survivor Series. In all honesty, she could have a hard night with the LA fans as Survivor Series could be the first time she will actually receive boos from the crowd in favor of Lynch.

Only time will tell what is next for Rousey’s WWE journey, but it’s been a pretty successful journey so far for the first-ever UFC Bantamweight Champion.