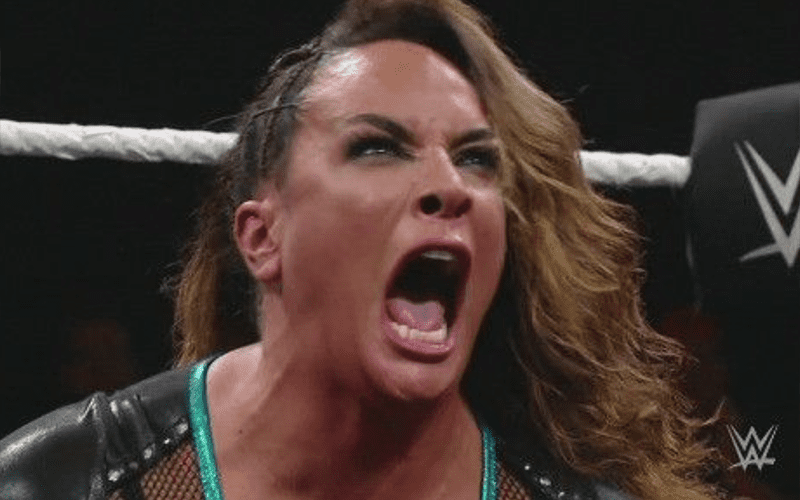 Nia Jax is a former RAW Women’s Champion and known to be one of the most dominant female wrestlers employed by WWE. With so many women advocating for the company to add the proverbial Women’s Tag Team Championships, Jax took a different approach.

Despite being a strong woman, Jax does not like the idea of the company adding the Women’s Tag Team Championships. Her belief is that those titles aren’t needed just yet, though she’d be open to teaming with Tamina Snuka when they are added.

Talking to SportBible, Jax had the following comments to make:

“You know what, I’m probably going to get some crap for it but I’m not

“I don’t think it’s needed anytime soon personally. Obviously, if I were to be put in the tag division I would want Tamina Snuka to be on my side – I just feel like we’d be unstoppable. But I’m not someone that thinks it’s needed yet.”

WWE has been handing out signs to fans in attendance at multiple events as of late, including at the first-ever all-women’s PPV Evolution. This has led many to believe that the company is attempting to introduce the proverbial titles.

As of right now, Jax is the only female wrestler in the company to go against the idea of adding these Championships. This is surely an opinion that is expected to change over time, but one Jax is already aware isn’t going to be well-received by many.

What is your reaction to this? Let us know your thoughts, opinions and, of course, reactions down in those comments below.